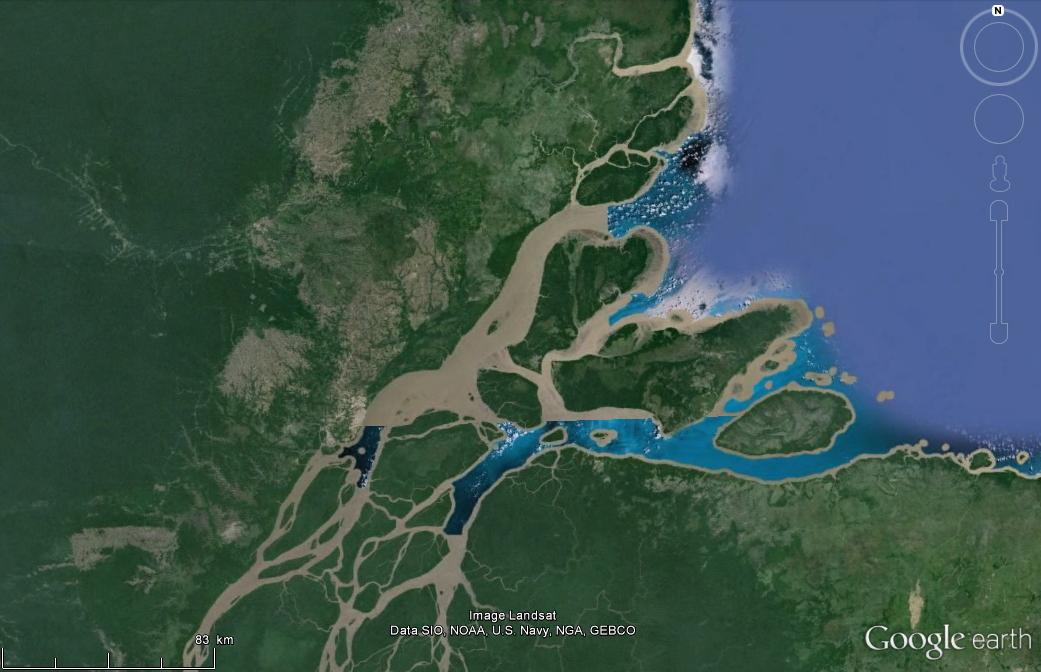 Where the Amazon flows into the Atlantic Ocean, fresh and salt water mix. In this delta area, scientists have discovered an impressive system of coral reefs where biodiversity is very important.

A team of scientists led by Patricia Yager, a researcher at Georgia State University (USA), discovered a 1000 km long network of reefs at the mouth of the Amazon River, located between the French Guiana and the Brazilian state of Maranhão. The results of the study, including the collaboration of researchers from the Federal University of Rio de Janeiro (Brazil), were published in the journal Sciences Advances on April 22, 2016.

This discovery gives some hope if we consider that the state of the Great Barrier Reef located in Australia is alarming: 93% of the barrier is currently whitening due to warming waters. The new coral reef discovered in the mouth of the Amazon is, at first sight, in a better state of conservation. Naturally concealed by a layer of mud, the coral reef was not visible to the naked eye.

The waters of the Amazon are often very turbid due to sediments and other organic matter washed away during a journey of 6,922 km at a rate of up to 300,000 cubic meters per second. Thus, the invisibility of the new coral reef is logical, especially since no scientific text mentioned its existence.

Researchers are intrigued by the presence of significant biodiversity within the barrier, while the scientific world was convinced of the impossibility of survival of tropical marine species under the alluvium discharged by the Amazon. However, the recent discovery made by the Brazilian oceanographer Rodrigo Moura has changed the situation: scientific documents dating from 1977 led him to believe in the existence of this coral reef. He therefore convinced a group of around thirty American and Brazilian oceanographers to explore the area at the mouth of the Amazon.

Between 2010 and 2014, researchers mapped the bottoms of the river mouth using sound waves and located and sampled them during several on-site expeditions.

According to Patricia Yager, skepticism gave way to amazement as discoveries were made, first of all by the size of the reef. Then, the biodiversity present on the site was a source of astonishment since the reef hosts flora and fauna endemic to the Caribbean, for example the giant colored sponges.

According to Rodrigo Moura, the biodiversity of the reef evolves according to the light it receives along its entire length. If the northern part of the barrier shelters a biodiversity adapted to the lack of light, the southern part is covered by the water of the river only three months per year. Thus, the living organisms on this part carry out photosynthesis, which proves to be beneficial for the corals.