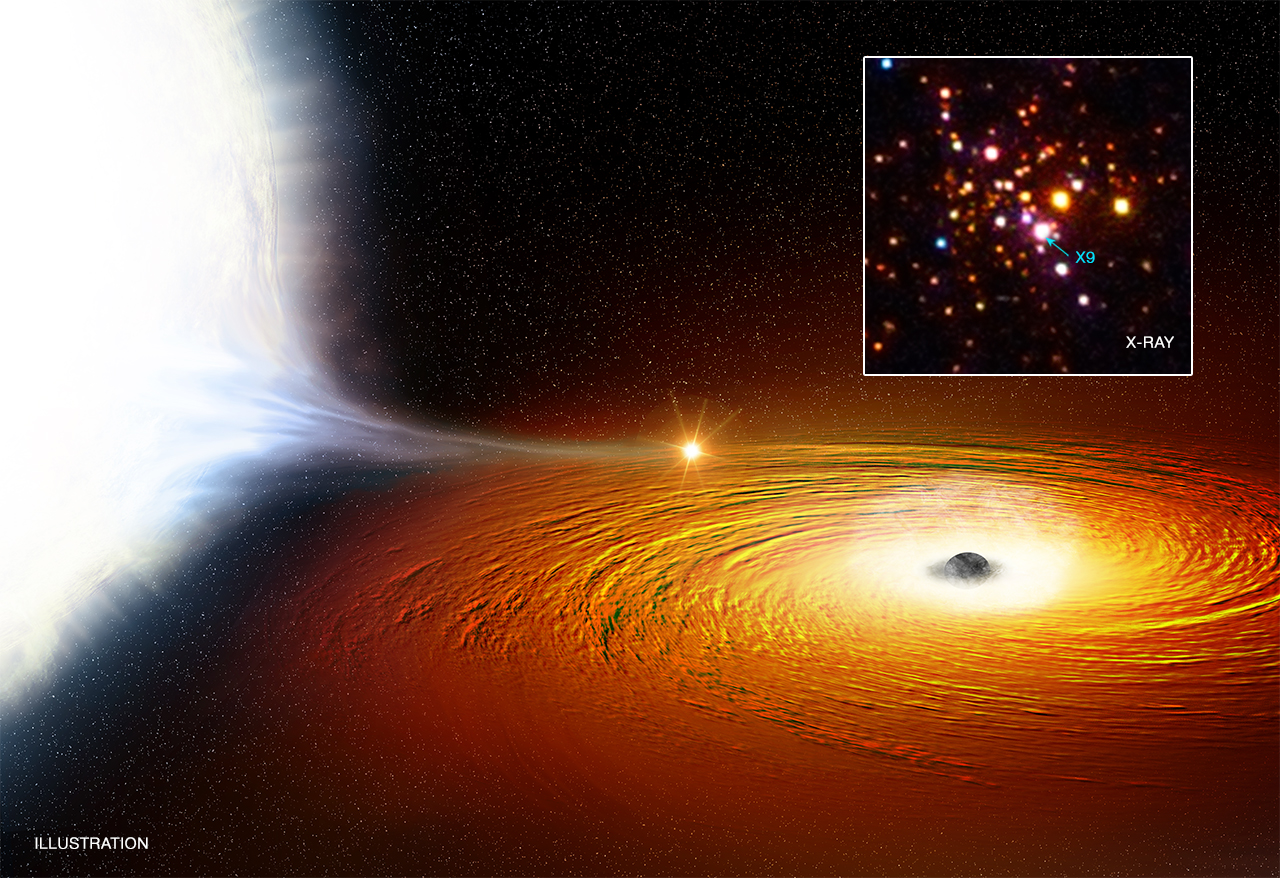 It is an observation as exceptional as it is stunning that has been made by an international team of astronomers, namely a star orbiting around what appears to be a black hole. The small distance separating the two objects makes them extremely close.

Even though they are mysterious, black holes are still known to be ruthless and devour any matter passing near them thanks to extremely powerful gravitational forces. Based on this observation, the observation recently made by an international team of astronomers is all the more surprising: a white dwarf star orbiting around a black hole at a close distance and a crazy speed. They publish their research in the journal ArXiv.

This astonishing binary system called “47 Tuc X9” was discovered within the Toucan Constellation, 14,800 light years from our planet. The probable presence of a black hole was revealed in 2015 thanks to observations by the ATCA telescope (Australia Telescope Compact Array) and complementary X-ray measurements made using the Chandra and NuSTAR space telescopes led to these new discoveries.

The signature observed by space telescopes shows that it is a white dwarf, a type of star composed mainly of carbon and oxygen. According to the calculations and observations of astronomers, its orbital period is only 28 minutes, and the two objects are only 950,000 kilometers apart. It is only two and a half times the distance between the Earth and the Moon. Never had a star been observed so close to a black hole!

Why isn’t the star sucked in by the black hole’s gravitational forces like any matter that passes by? For astronomers, in reality, it is. Indeed, the black hole tears its matter from it at every moment and the researchers suggest that it is in fact an ancient red giant which has become a white dwarf by dint of seeing its matter being devoured. It could then be so until there is nothing left.

Finally, it is not entirely certain that it is indeed a black hole. For astronomers, it could also be a neutron star, a star at the “end of life” of which only an incredibly dense nucleus remains. However, all the characteristics do not seem to be met for this. Thus, even if it is not ruled out, the hypothesis remains unlikely. Future much more in-depth observations will be able to teach us more about this improbable couple.