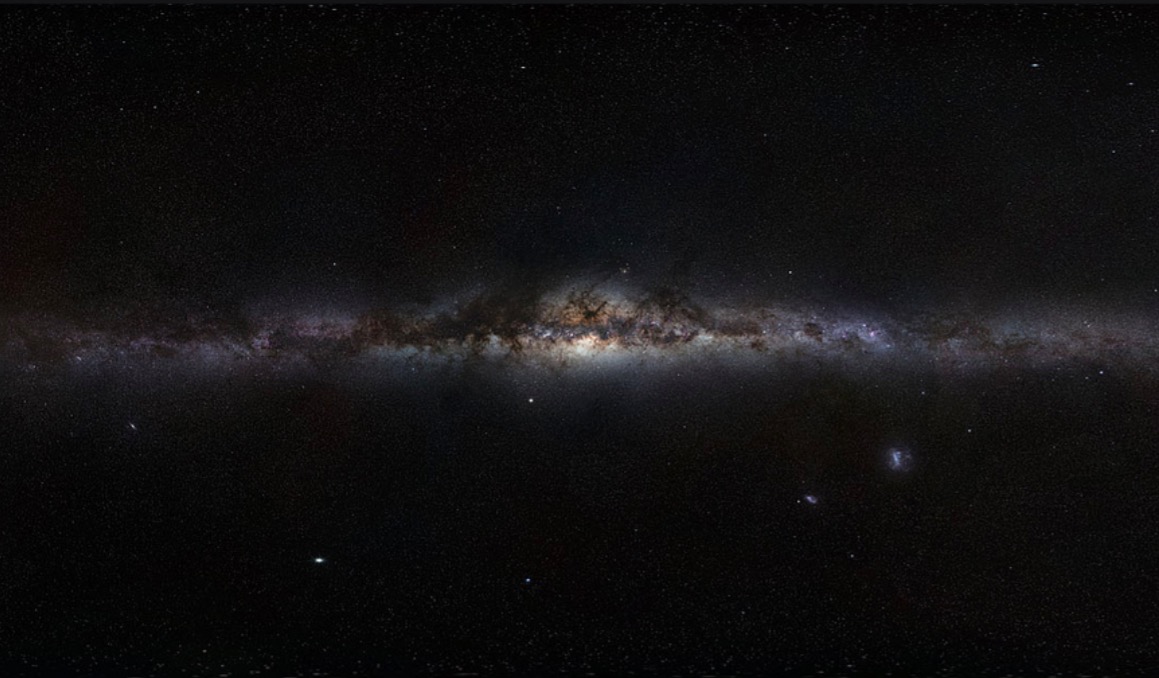 A team of researchers announces the detection of a hidden dwarf galaxy orbiting our own galaxy. A finding that suggests many of these dark galaxies may be lurking in deep space.

There are about 50 known galaxies orbiting our own galaxy and about 40 of these are dwarf spheroids: small galaxies composed of on the order of 10 billion stars (a relatively small number compared to the 200 to 400 billion stars in the Milky Way). But this number of so-called “satellite” galaxies is insufficient, at least according to cosmological computer simulations that predict the evolution of the distribution of matter in the Universe.

Dark matter, this mysterious force believed to represent about 27% of the total energy density of the observable Universe, plays a key role in maintaining galaxies. The problem is that our current understanding of dark matter suggests that we should have hundreds of satellite galaxies orbiting our own. However, approximately 38 dwarf galaxies have been observed in the Local Group (our cluster of galaxies), of which only 11 orbit around the Milky Way. This is called the “dwarf galaxy problem”. So far, astronomers have not been able to explain this many orders of magnitude lower number of dwarf galaxies. So either our understanding of dark matter needs to be revised, or many of these satellites are still playing hide and seek.

Virgo I was discovered thanks to the 8.2 meter diameter Subaru telescope located in Hawaii. A large aperture instrument capable of capturing far more light than most other telescopes. It is a discovery that could call for others. We could indeed be on the verge of discovering dozens, or even more, of these ultra-faint dwarf galaxies in the halo of the Milky Way alone.