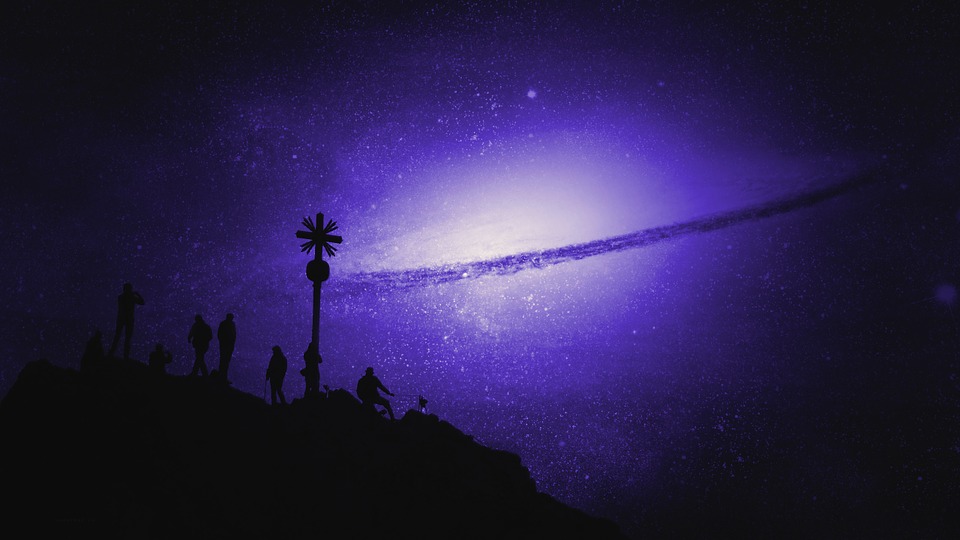 Observations from the Fermi Space Telescope have allowed an international team led by NASA to discover the first gamma binary in another galaxy, the most luminous ever observed.

The system, named LMC P3, sits at the center of a supernova remnant in the Large Magellanic Cloud 163,000 light-years away. It consists of a star several tens of times the mass of the sun and a compact object that may be a neutron star or a black hole. The system, with an orbital period of 10.3 days, emits cyclical gamma radiation, the most energetic form of light – several billion times more energetic than visible light.

The discovery is rare; only five systems of this type, emitting mainly gamma radiation, are known in our galaxy. Their energy (between 0.1 and more than 100 gigaelectron-volts) would come from the rapid rotation of a magnetized neutron star, that is to say a pulsar. The rotation of the pulsar makes it possible to accelerate particles, some of which escape and form a wind propagating at an ultra-relativistic speed. This wind from the pulsar will collide with the wind from the companion star and form a shock front where the particles will be accelerated to even higher energies. In a gamma binary, light from the companion star illuminates these particles and is scattered as gamma radiation. These objects are therefore valuable because variations in gamma radiation associated with orbital motion provide unique insights into the extreme physical processes at play around pulsars.

The detection of this extragalactic system is interesting in more ways than one. On the one hand, the position of the binary at the center of a supernova remnant gives an indication of the age of the system, around 100,000 years. On the other hand, it is amazing to have discovered such a system in another galaxy even before finding more examples of it in our galaxy. This suggests that these systems are very rare and that only the most powerful emit in gamma.