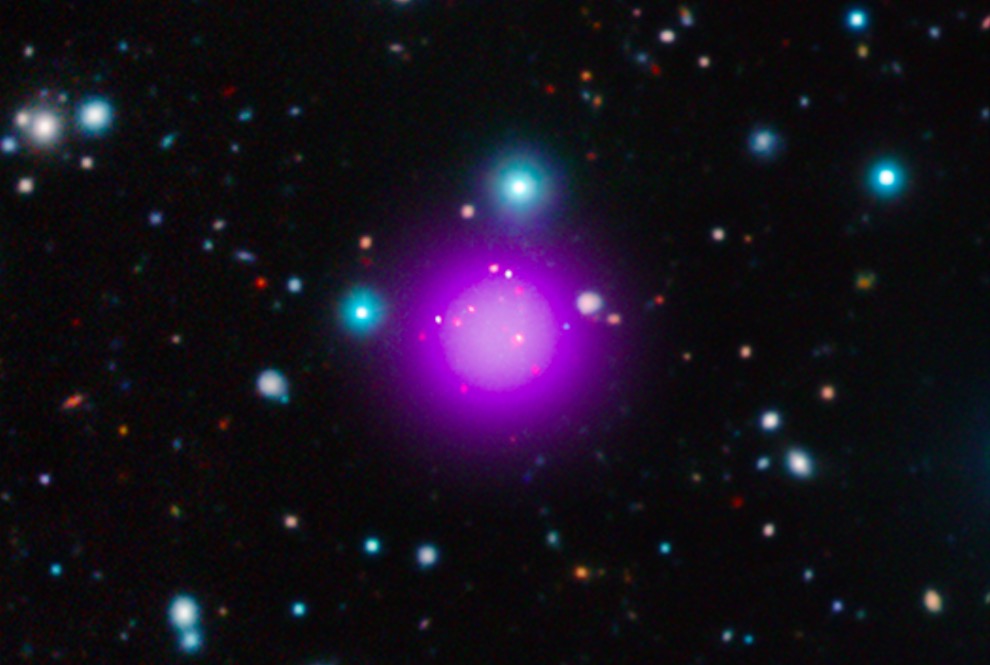 A team of astronomers announces the detection of a cluster of galaxies, dubbed CL J1001+0220 (CL J1001 for short), located 11.1 billion light-years from Earth. A discovery that pushes back the time it took to form galaxy clusters – the largest structures in the Universe held together by gravity – by around 700 million years.

This is a new record; a cluster of galaxies not only remarkable for its distance, but also for its composition. CL J1001’s core contains eleven massive galaxies, nine of which are experiencing an impressive baby-boom of stars. Specifically, stars are forming in the cluster core at a rate that equates to more than 3,000 Suns formed per year, a remarkable rate of production for a cluster of galaxies, including those so distant, and therefore so young. , such as CL J1001.

The discovery, as fascinating as it is, nevertheless disturbs the theoretical models of astrophysicists. 11.1 billion years old, « CL J1001 » was formed when the universe was just a toddler, 2.7 billion years after its birth.

And this is precisely what astonishes scientists, since according to “accepted models” of the creation of the universe, clusters of galaxies are supposed to form several hundred million years later. So far, the oldest cluster was discovered 3.4 billion years after the Big Bang. That is 700 million years after CL J1001. « The place in the celestial vault with the most stars » therefore forces scientists to rethink the way the Universe was structured in its youth.

The more time passes, the more the discoveries multiply in shorter periods of time. But let’s not forget that detecting this cluster is a real feat. Young galaxies are born in regions so compact that interstellar dust absorbs their light. It was therefore necessary to combine the results of the largest terrestrial and space telescopes, including Iram-Noema, located in the Alps, JVLA (United States), ALMA and VLT (Chile), Chandra and Hubble (in space), to delve far enough into the past of the universe.