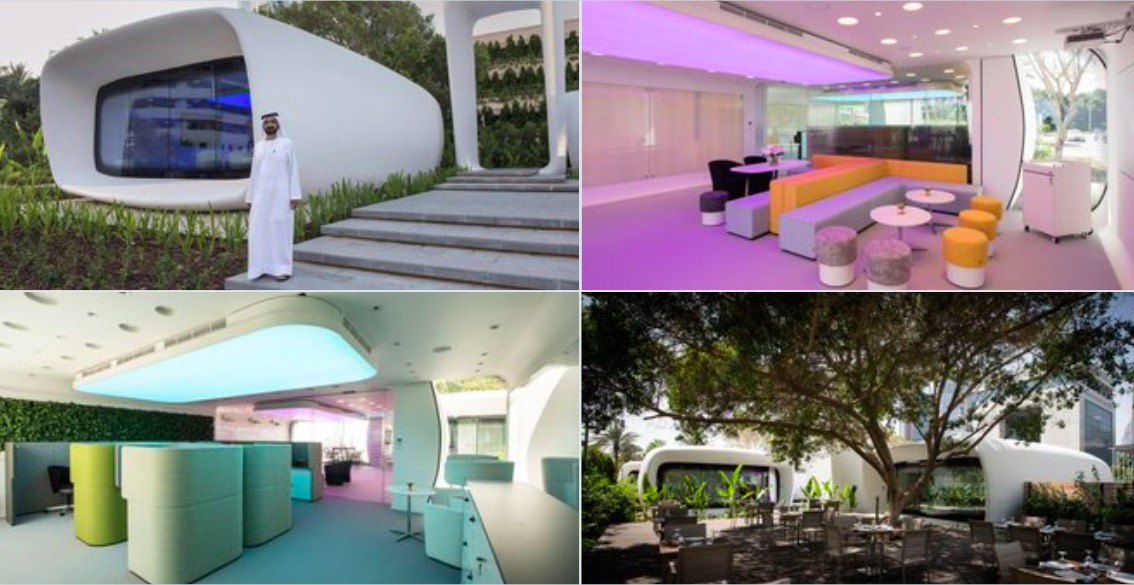 The largest city in the United Arab Emirates, Dubai, has just opened the doors to its first fully 3D printed building. This workspace, dubbed the « office of the future », took just 17 days to build. It was last May.

« The office of the future » is the first office complex entirely built in Dubai by the process of 3D printing. Located in the city center, this building offers a work surface of 250 m² without floor. With this building, the city of the Emirates seems resolutely turned towards the future, having recently started testing driverless vehicles, each of which is capable of transporting a maximum of 10 people.

The construction of this building took 17 days in total, including two days of assembly of the complex. The building was constructed with a special mixture of cement as well as real estate material designed in the Emirates and the United States. The printer used is six meters high. In terms of manpower, the project mobilized seven workers to install the various components of the building and ten electricians in addition to the team responsible for programming the printer.

It was last May that the entire building was printed, and it has just opened its doors. Meanwhile, it was necessary to equip the complex with electricity, a telecommunications network, water distribution and air conditioning, it is already ready to receive its occupants. The construction of such a building is 50% cheaper than the ordinary costs for a conventional building of the same size. Here, the construction would have cost only 140,000 dollars, or less than 125,000 euros.

Very proud of the project, the largest city now aims to become a world leader in 3D printing by 2030 by focusing its 3D printing development strategy on sectors other than real estate such as the medical sector or the consumer products.