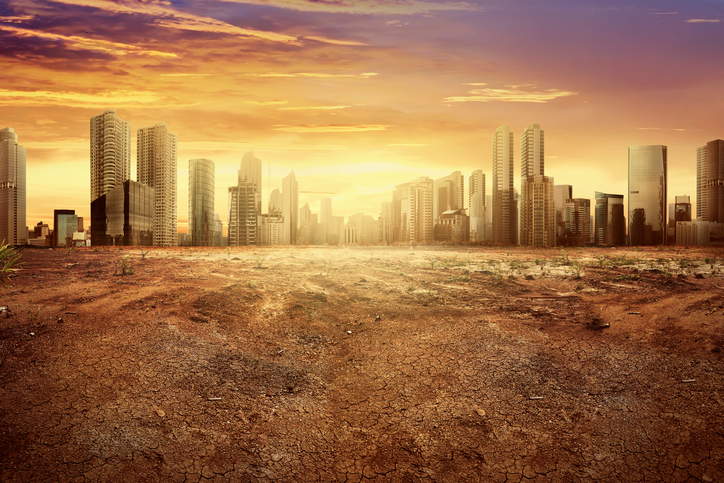 According to a recent study published in the journal Nature Communications, if humanity continues to exploit all the fossil fuels available on the planet, we could be confronted in the year 2250 with levels of CO2 not reached in the atmosphere since the Triassic period, just over 200 million years ago.

It’s no secret that the Earth is getting warmer due to carbon dioxide (CO2) emissions getting trapped in the atmosphere. But at a time when experts are worried about the future of our planet with consequences deemed disastrous that we will feel in the next twenty or thirty years, a team of researchers has gone much further by suggesting that if we continue to exploit all the fossil fuels available on Earth, we could be faced within 200 to 250 years with levels of CO2 in the atmosphere not reached since the Upper Triassic period, just over 200 million of years. By 2400, CO2 levels could then exceed any level reached in the geological record.

To assess how much the amount of carbon in the atmosphere has changed over the past 420 million years, a team of researchers from the University of Southampton, UK, compiled around 1,500 estimates of carbon levels. CO2 in the atmosphere of 112 published studies:  » We cannot directly measure CO2 concentrations over millions of years “, explains the geochemist Gavin Foster, of the University of Southampton, and principal author of this study.  » Instead, we rely on indirect “proxies” in the geological record. In this study, we have compiled all available published data from several different proxy types to produce a continuous record of ancient CO2 levels. « .

First, analysis of the data will have shown that although CO2 levels in the atmosphere are much lower today than they once were during the hottest times in Earth’s history, these are nevertheless increasing very rapidly. Too fast. For example, the concentration of CO2 was 280 parts per million (ppm) in the atmosphere during the period before industrialization before increasing to 400 ppm in 2016. Man will therefore have played a very important role, its « paw » ending a slow, gradual and natural decline in CO2 levels that began hundreds of millions of years ago. But Man is not the only one to fear.

Due to the nuclear reactions that take place in stars like our Sun, they become brighter over time. In other words, hundreds of millions of years ago, the Sun’s luminosity was less. The level of solar production that affects the Earth’s atmosphere has therefore increased over the past hundreds of millions of years. The Sun has become brighter, but the Earth’s climate has remained relatively stable. Well, so far.

Combine CO2 levels and rising solar irradiance, and you’re heading into uncharted and potentially very dangerous territory for humans. If the use of fossil fuels continues unabated, researchers estimate that we should reach 2,000 ppm of CO2 by 2250, levels not seen since the Triassic: a hot and dry time in the history of the Earth which saw the appearance of the very first dinosaurs and where the polar regions were free of ice. According to the researchers, in 2400, we could see the birth of a climate that will never have had a natural equivalent on Earth in nearly half a billion years.