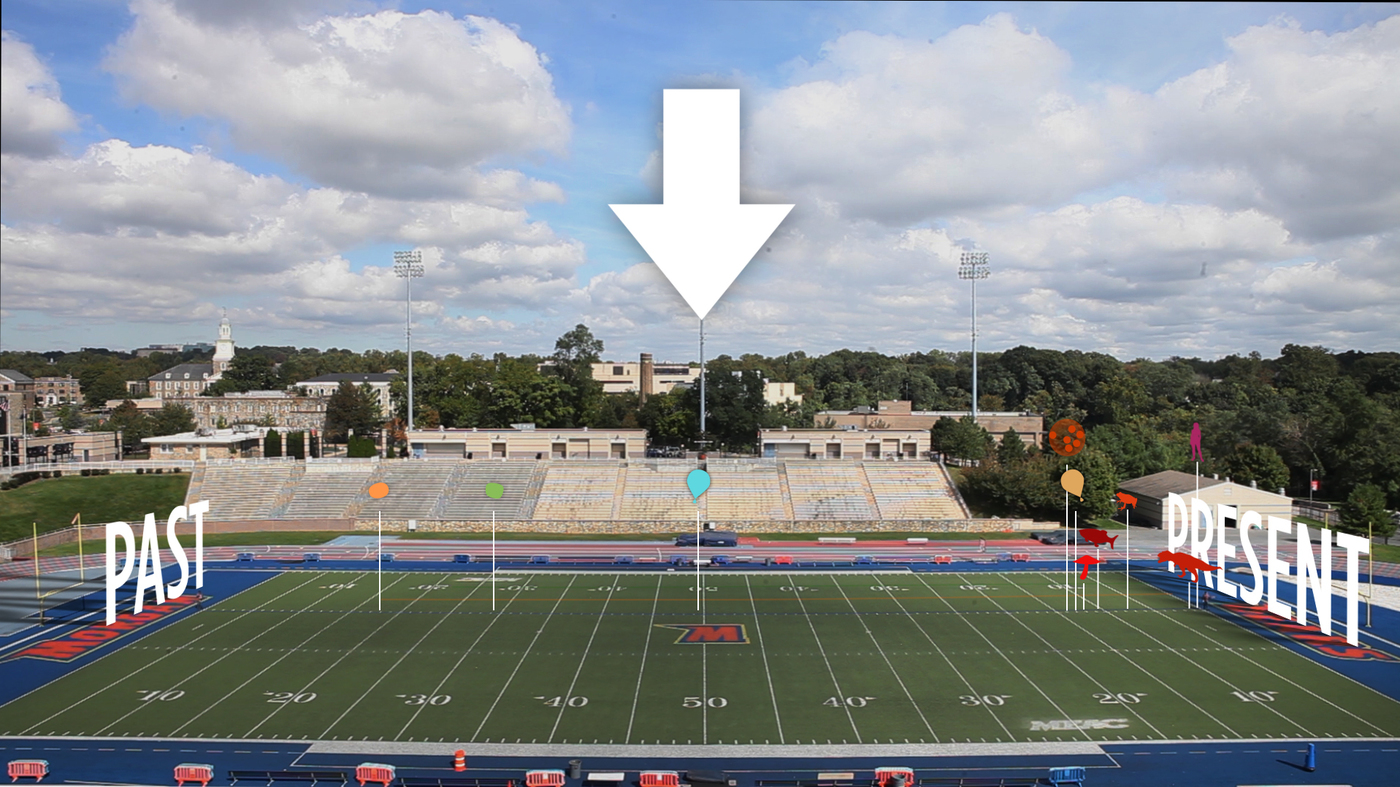 From its birth 4.54 billion years ago until today, the story of our beautiful planet Earth is told to us by a Youtube channel scaled the length of an American football field which serves as a timeline.

It is difficult to really realize the time scales to represent the history of the Earth to us, it being more than 4.5 billion years old. So, to give us a better idea, the youtube channel of the show Skunkbear, dependent on the American radio NPR and specializing in scientific and playful explanations, offers us to reduce this history of the Earth to a chronological frieze represented by a land American football.

On this football field at the University of Baltimore, in the United States, the distance from the birth of the Earth to our present is 100 yards, or about 91 meters. Each inch (1 inch = 2.54 centimeters) then represents 1.3 million years. Host Adam Cole travels from one end of the field to the other to tell us about the milestones in Earth’s history.

A playful program in which the presenter begins by throwing a few yellow scarves, representing the bombardment of extraterrestrial rocks on our planet. Then comes the birth of the first cells, 3.8 billion years ago, followed by the start of photosynthesis, 3.5 billion years ago and finally the production of oxygen 2.3 billion years ago. of years.

Then come the atmosphere, the ozone layer and the explosion of diversity with the arrival of fungi on Earth, anemones and mollusks in the sea, then the first animals, mammals and finally the dinosaurs. On our scale, the reign of the dinosaurs seems extremely far in the past, but on the scale of the life of the Earth, it is as if it were yesterday as we can see in the video, the presenter being already almost at the other end of the field.

New scarf bombing for dinosaur extinction and from there everything speeds up. A video of excellent quality and very entertaining.