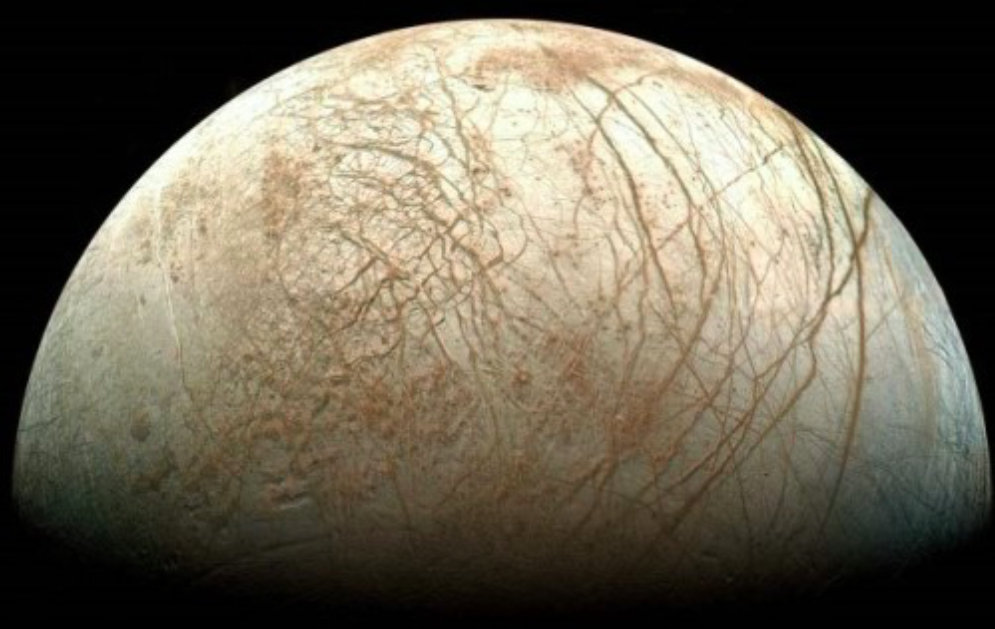 NASA scientists have just found evidence that certain conditions are met to find life on one of Jupiter’s 67 satellites: this moon is interesting because it is one of the only places in the solar system on which it could be liquid water and energy.

The studies are still preliminary, but it is thanks to the magnetic waves of Europe that we are able to suppose that under the gigantic layer of ice which covers it is an ocean of salty and liquid water. Europe would therefore be the most likely place where life could form, with Mars and Enceladus (Saturn’s satellite): the quantities of hydrogen and oxygen would be comparable in proportion to those on Earth, and the heat also present is one more ingredient to foster new forms of life.

Thus, NASA plans to send a satellite mission by 2020 which would arrive eight years later to fly over Europe; the project called Europa Clipper would take only three years because the magnetic fields are too strong for the landing of a probe whose electronic materials would be quickly destroyed. The objective is to succeed in confirming the existence of an ocean and to discover if life has been able to hatch there. The team of scientists would also like to discover the presence of other chemical elements such as carbon or phosphate. If this mission bears fruit, more in-depth investigations should emerge in the 2040s or 2050s.

However, the less optimistic scientists suggest that no form of life would be possible on Europa since the compounds produced by the chemical reactions within such an immense ocean would find themselves automatically dissolved and the concentration of the molecules is not sufficient for chemical reactions to occur rapidly.

The main challenge now is to be able to prove the existence of liquid water in Europe by sending satellites for a two- to three-year overflight. This publicly funded project would allow NASA teams to also work on making equipment more resistant to magnetic fields so they can drop off probes for deeper exploration of Jupiter’s moon.

Note that the European Space Agency (ESA) has its own mission called JUICE (JUpiter ICy moon Explorer) which targets the moons of Jupiter Callisto, Ganymede and Europa.