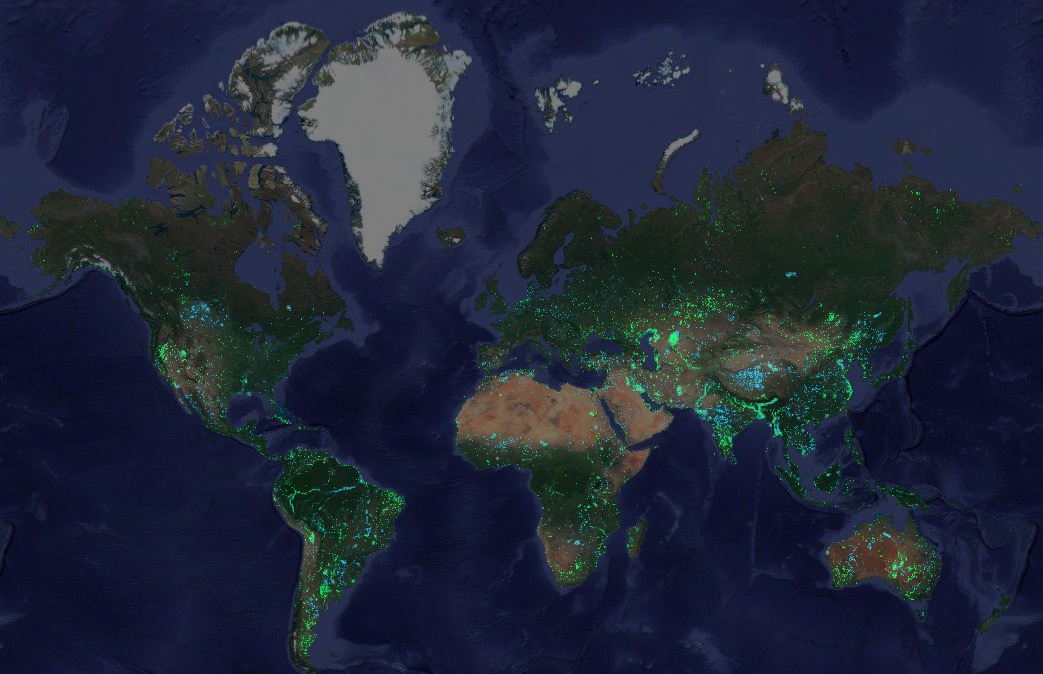 By using satellite images to study the evolution of water on the Earth’s surface and its changes over the past 30 years, a Dutch scientific team has observed that over this time, the land surface has gained ground, with a area which has increased by more than 58,000 km².

The research, conducted by the Deltares Research Institute in the Netherlands, is published in the journal Nature Climate Change. This was carried out with the support of NASA, which provided images from its Landsat satellites, which have observed the Earth over the past thirty years, and the Dutch Institute is now able to offer us a visualization of these changes, to consult on Aqua Monitor Deltares. On this map, green and blue pixels that represent places where the surface of the water has changed since 1985. In green, places where water has given way to land surface, in blue, those where land is become water.

With the analysis of the images provided by NASA, the Dutch scientists were able to observe that 115,000 km² of land is now under water, while 173,000 km² of water has given way to emerged land, in particular by the artificial drainage of certain territories, including coastal areas, has become a more important factor than the melting of glaciers and the construction of dams.

The most significant examples are, in terms of the conversion of land into water, the Tibetan plateau, where the melting of glaciers has led to the formation of numerous lakes. With regard to the conversion of water into land, the most significant example concerns the Aral Sea, in Central Asia. Formerly the fourth largest lake in the world, it is today notably referred to as  » ecological disaster » by the National Geographic, since its area has gone from more than 67,000 km² to some 3,300 km² to date, and a risk of total drying out cannot be ruled out.

A counter-natural process then takes place on the coasts of the world.  » We expected the coast to start receding due to rising sea levels, but the most surprising thing is that coasts are growing all over the world. We’re creating more land and taking sea level rise by surprise says Dr. Fedor Baart of the Deltares Institute.