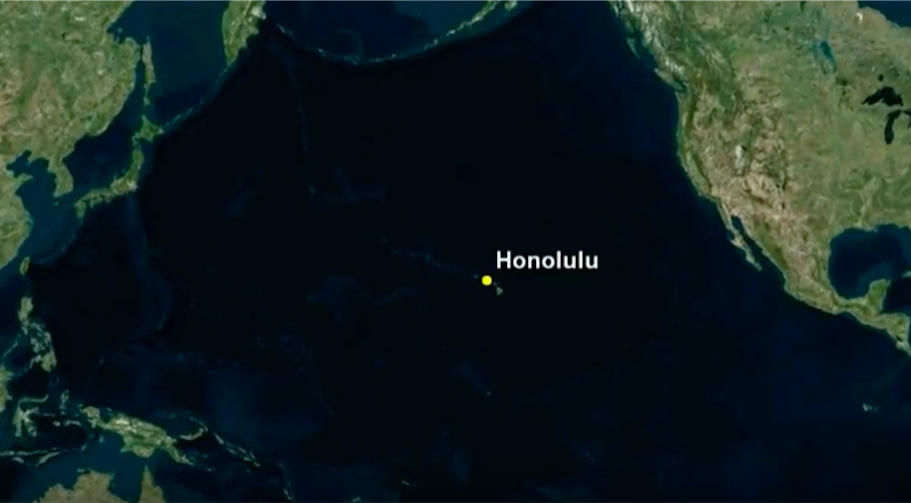 A 29-year-old Colombian sailor was picked up by the US Coast Guard. Adrift for two months on a simple boat with three other sailors, the man is the only survivor of a trip of nearly 6000 km.

The Colombian sailors had left their country two months ago and wanted to go to China. The survivor, unidentified at this time, told the US Coast Guard that his three partners had died at sea, while their bodies were not present in the small boat of seven meters in length. The survivor was rescued by the Nikkei Verde, a merchant ship flying the Panamanian flag, about 3,200 km southeast of the Hawaiian archipelago.

The sailors were left adrift after their boat’s engine failed. The survivor, who was landed in Honolulu (Hawaii) by the authorities, says he survived by fishing and catching seagulls.

The images that were filmed by the media show the transfer of the rescued sailor from the Nikkei Verde to the United States Coast Guard boat. The man was dressed in a black t-shirt, jeans, a baseball cap and a life jacket. The sailor, still in shock, warmly thanked his rescuers but also God.

“This sailor had great strength and is very happy that the Nikkei crew arrived on him when the area he was in is not a high traffic area”explained Captain John MacKinnon of the Coast Guard, also indicating that no investigation would be opened for this case.

Here is a mini-report recounting the rescue of the Colombian sailor: