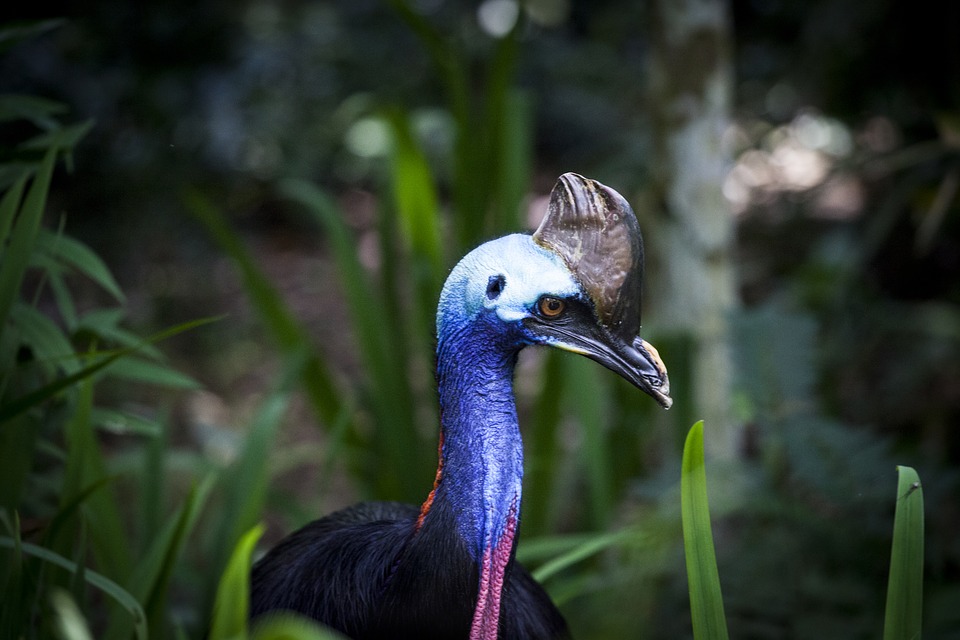 The Cassowary is considered the most dangerous bird to humans. In Australia, however, the latter often enters homes, an annoying habit that can sometimes end badly.

Australia is definitely a very dangerous country, given the animals that inhabit the island continent. The inhabitants of the province of Queensland live in fear of seeing their house ravaged by a bird, but not just any bird, it is the Southern Cassowary (Casuarius casuarius), reputed to be the most dangerous bird on the planet. , according to the Guinness Book, in addition to being on the verge of extinction.

Its measurements can be impressive since it can reach a weight of 70 kg for a size between 1.5 and 1.8 meters. Its favorite place is the rainforest of Australia and its diet consists of snails, insects and even snakes.

The problem is that this bird is often fed by tourists and locals. His behavior has therefore gradually changed and he now approaches more easily, in addition to showing a certain aggressiveness. According to the Brisbane Times, a Cassowary was caught at Coquette Point after “threatened an old man and tried to break into his house in Innisfail”. The latter had surely been accustomed, like others, to being fed by local residents and showed concern when his hunger had not been satisfied.

Ideally, this animal should be left completely alone, and feeding it should also be prohibited. The Department of Environmental Protection and Heritage (EHP) has even published a report for the attention of the population. According to this institution, “It’s always best not to drive a cassowary away from its territory. But in this case, the close proximity to homes meant that the risk of future attacks was far too high. »

The cassowary, in addition to being aggressive, has powerful legs whose end has three fingers, including an inner finger bearing a claw as formidable as a dagger. If it feels threatened or to protect its young, it will first show threat by puffing out its neck, stooping, and shaking its entire body. It is then that the attack occurs, it can use its two legs to cause serious injuries, which can even in rare cases be fatal. This bird therefore does not hold the title of the most dangerous bird in the world by chance. It regularly attacks people and sometimes enters homes, which each time requires the intervention of the EHP. The dangerousness of the animal has not deterred people from approaching it, nor even the fact that it is an endangered species.

“It is vital that people do not feed cassowaries, both for their own safety and for the benefit of the birds. Cassowaries waiting for humans to feed them can become aggressive and dangerous” explains Kate Jones, Queensland Minister for Sustainable Development, for the British daily The Telegraph.