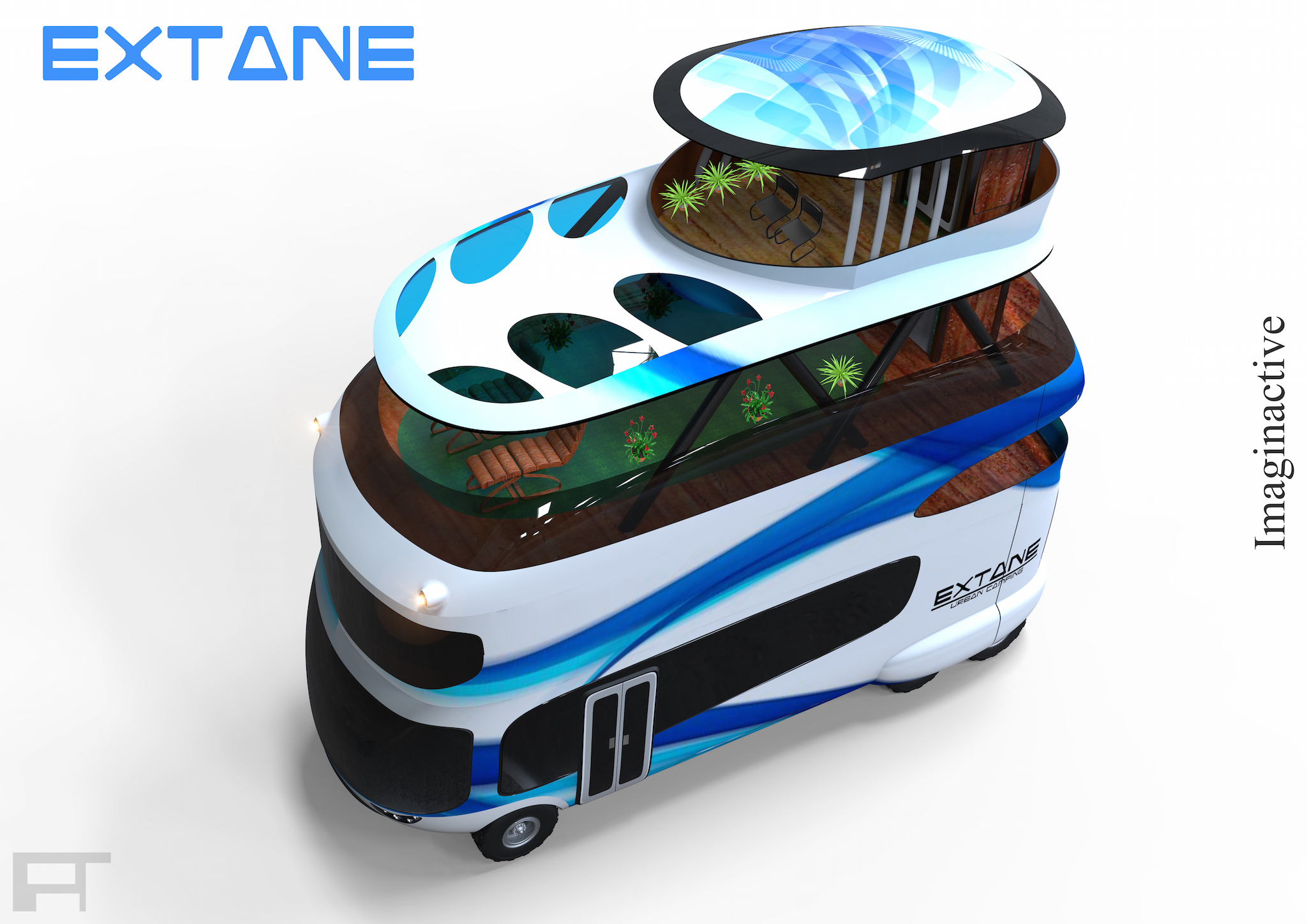 This mini-ferry-like vehicle has been designed to be an ideal tool for tourism. Indeed, this one, still at the concept stage, could offer interesting perspectives in order to explore urban areas in an entirely autonomous way.

At the origin of this concept called Extane, we find the industrial designer Ashish Thulkar, who graduated from the Indian Institute of Science in 2014. The Extane is a recreational vehicle whose mission is to circulate everywhere in urban areas, but also in rural areas by adapting to existing infrastructures.

However, this vehicle is particularly interesting in the city, where space is usually limited and where the management of individual vehicles that we ultimately want to reduce in number is increasingly questioned.

The Extane has the particularity of deploying vertically and regardless of its configuration, it will not take up more space than a traditional parking space. The roof could extend into a double terrace, while when moving, the upper floors would fold in on themselves, as the furnishings would allow. The shower cubicle is designed to also serve as an elevator, in order to obtain a gain in surface area.

The concept also provides for the integration of a display in the windshield to view videos or a map showing a route to follow, which could allow the use of augmented reality. The Extane is a vehicle designed to meet the expectations of urban travellers, those who would like to be comfortable while being mobile.

The concept would perhaps deserve to be improved, but above all, to justify the announced possibilities by partnering with companies that would provide it with all the equipment required for its functionality. While waiting for this « rolling house » to be manufactured and arrive on the market one day, people looking for a retrofit vehicle have several solutions that are already well known: buy a caravan, a motorhome or even fit out a van or a bus !