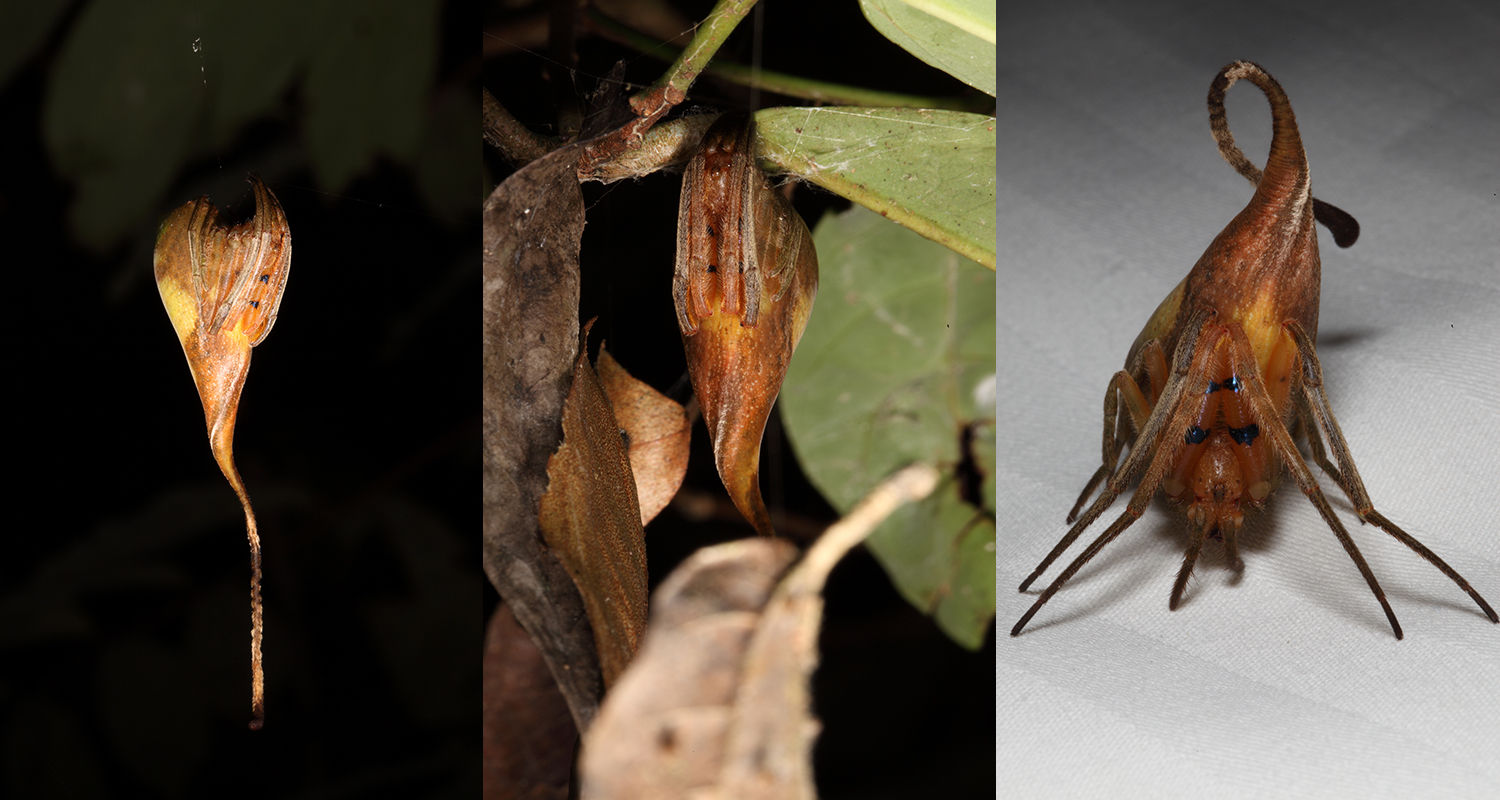 A few years ago in China, a team of zoologists accidentally discovered a spider using an exceptional camouflage technique. Indeed, it “transforms” into a dried leaf in order to be discreet.

In 2011, Matjaz Kuntner and his team of zoologists from the Jovan Hadzi Biological Institute based in Slovenia walked through the rainforest near Mengla (Yunnan Province) in the far south of the country, near the border with Burma.

The researchers came across four dried leaves clinging to a small branch, but something strange caught their eye. Indeed, silk was present in the foliage, but when the biologists were more attentive, they noticed that this silk attached the dead leaves to the branch and not their stem. It was actually a spider!

“The female observed must have actively lifted dead leaves from the forest floor to attach them to a twig about 2.5 meters high on a tree before positioning herself on a silken thread amid the living and dead leaves”say the researchers in their study published in Journal of Arachnology this year (PDF file in English).

After examining specimens at the Smithsonian’s National Museum of Natural History in Washington, USA, the team of biologists were able to identify the spider. It turns out that this one is part of the genus Poltys, belonging to the family Araneidae.

This family of spiders is also renowned for its camouflage abilities. Only a hundred species among the 46,000 known species in total have this kind of properties and they are mainly Araneidae. These give themselves the appearance of an inert object such as twigs or fruit. However, the « dried leaf » spider is a variant that was previously unknown.

This one therefore surely belongs to a species that has not yet been described, but to be sure, biologists must find more specimens. They explain not without humor: « A serious impediment to this is the apparent rarity of this enigmatic Poltys, confined to the rainforests of southwest China, Southeast Asia and East Asia where its cryptic habits and nocturnal lifestyle not only avoid predators, but also seekers…”