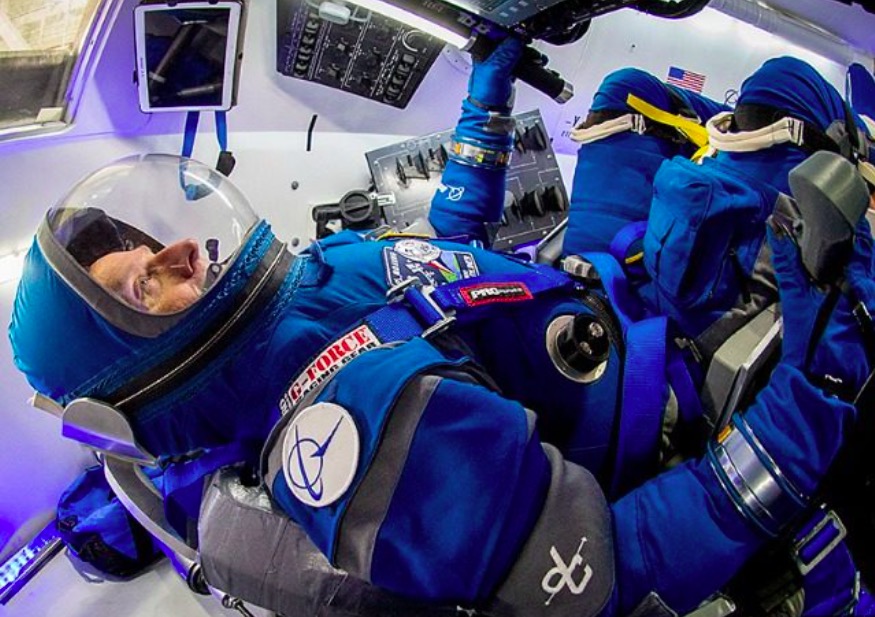 While working on the development of the future capsule that will shuttle between Earth and the ISS, the Boeing group has presented the suit that the astronauts who will board this capsule will wear. This will be much lighter and high-tech than those currently in use.

Since 2011, only Russian Soyuz cargo ships have been transporting astronauts from Earth to the International Space Station, as we saw with the high-profile departure of French astronaut Thomas Pesquet for the ISS. For the sake of autonomy, NASA has chosen the capsule project called CST-100 Starliner developed by Boeing, which the aircraft manufacturer hopes to send to the ISS in 2018.

While this shuttle is still under development, the American aircraft manufacturer has worked in parallel on a new suit that the astronauts will wear for these Earth-ISS journeys only. Presented on January 25, 2017, this new blue color combination has many advantages over those currently in use.

» Before, astronauts had to wear these heavy, bulky suits with stiff, narrow rings around their necks. And we learned with use that maybe we didn’t need this “Explains Christopher Ferguson, former astronaut and director of the mission for Boeing.

First advantage, the weight considerably reduced by 40% to reach only five kilos. A gain in lightness mainly due to the removal of the rings mentioned by Christopher Ferguson on which the astronaut’s helmet was once fixed. Here it has been replaced by a simple zipper. Another advantage, the gloves are made of a material that makes it very easy to interact with touch pads without having to remove them. Finally, the suit is equipped with a passive ventilation system that lets heat and perspiration escape, while being compatible with a pressurization system that can be triggered in an emergency.