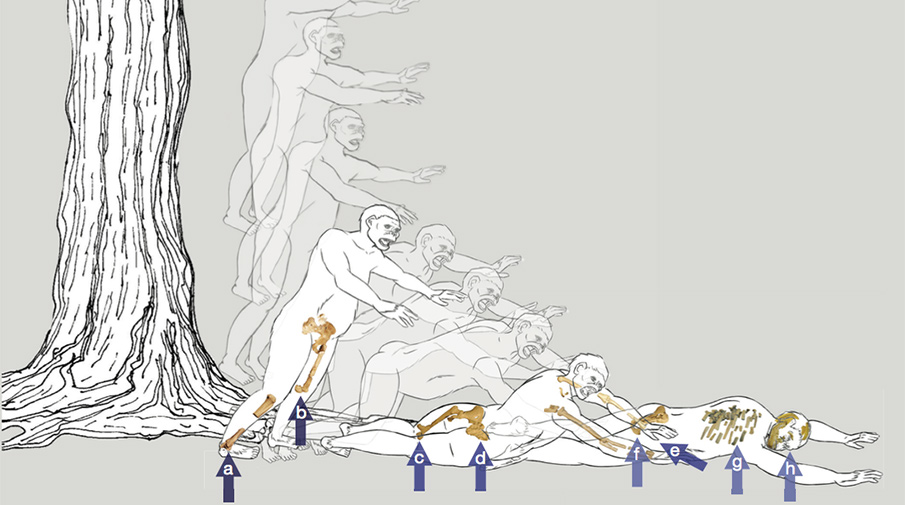 Discovered in the 1970s, the most famous of the australopithecus Lucy, who lived more than three million years ago, finally revealed the secrets of her death. This one would have intervened after the fall of a tree, and Lucy would have died on the spot.

Lucy lived in Africa 3.18 million years ago. The most famous of the australopithecines, which was both bipedal and arboreal and measured about one meter 10. It was discovered in 1974 by American and French researchers in the Afar region of Ethiopia, who unearthed its fossil remarkably complete, since about 40% of its skeleton had been found.

This Monday, scientists published in the journal Nature the probable cause of Lucy’s death. Australopithecus would indeed have probably » fell from a tree, a fall of more than 12 meters, at a speed of more than 56 km/hour.  » Our guess is that Lucy extended her arm to try and break her fall.“, explained anthropologist John Kappelman, from the University of Texas at Austin, who closely analyzed various fractures found on the fossil.  » Death came quickly“.

To affirm this, John Kappelman noticed on the fossil and the 3D scans that the right humerus is broken in an unusual way for a fossil.  » This type of fracture occurs when the hand touches the ground during a fall« , and that this affects the elements of the shoulder, creating  » a single signature at the level of the humerus, explains the researcher. Other fractures, to the left shoulder, to the right ankle, to the left knee, to the pelvis and to a rib, tend to confirm this thesis.

» Because Lucy lived both on the ground and in trees, features that allowed her to move efficiently on land may have compromised her ability to climb trees. His species would have been predisposed to more frequent falls“, suggests John Kappelman.