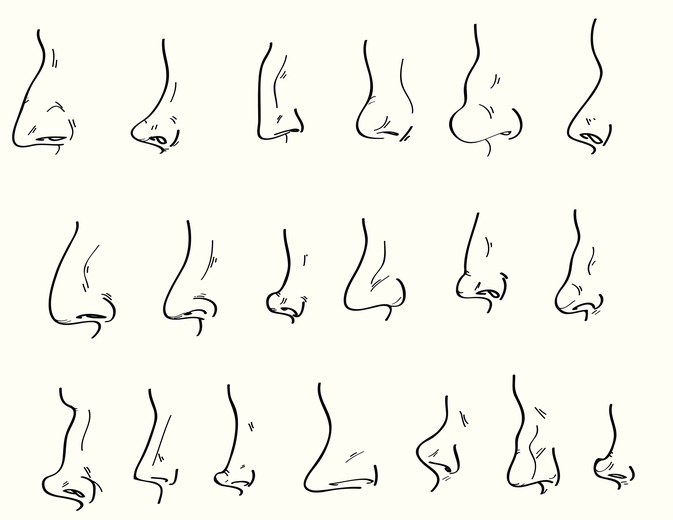 Why can the shape and size of the nose be so different from person to person? It could have something to do with how humans evolved to live in certain climates.

A recent study published this Thursday, March 16 in the journal PLOS Genetics explains why human beings have such different nose shapes and suggests an adaptation to the different climates present on Earth. Thus, the researchers found that wider noses are more frequently found in people living in hot and humid climates while narrower noses are more frequently found in cold and dry climates. Indeed, narrower nostrils make it possible to increase the humidity of the air by warming it.

» There is no universally best nose shape. The reality is that our ancestors were adapted to their environment “, explains Arslan Zaidi of the Department of Anthropology at Pennsylvania State University, author of the study. The evolution of certain traits has taken place not only due to random gene drift, but also in response to environmental factors. For example, the authors believe that human skin color evolved in different populations in response to exposure to amounts of ultraviolet radiation.

To reach these conclusions about the human nose, 3D imaging was used to measure the shape of the noses of 4,257 volunteers, all of whom had ancestors who lived in South and East Asia, West Africa western and northern Europe. Thus, the researchers found that two nose measurements, the width of the nostrils and the width of the base of the nose, seem to be related to the climate. They also explain that the climate is not solely responsible and that the evolution of the human nose is more complex, other factors entering into account.

Conclusions that could still have medical and anthropological repercussions.  » Studies on human adaptation to the environment are essential to our understanding of diseases and could shed light on the origins of certain pathologies, such as sickle cell anemia, lactose allergy or skin cancer which are more common in certain populations “, conclude the researchers.