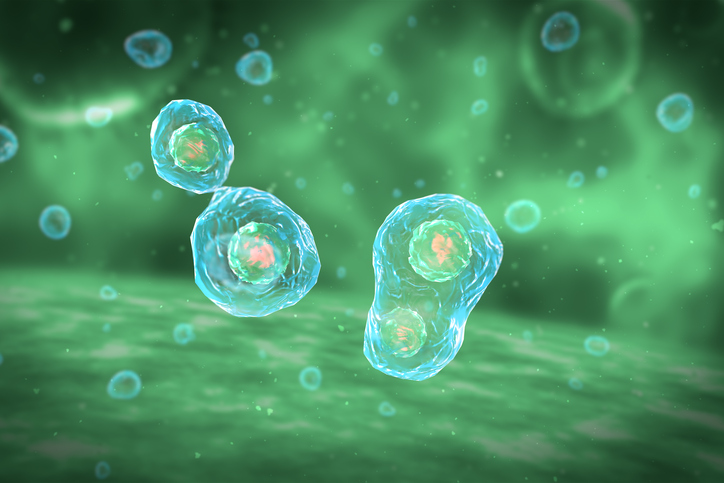 A team of researchers announces that they have identified a new signaling system used by epithelial cells to coordinate their individual movements and move efficiently through tissues.

In their natural environment, cells interact with certain proteins to adhere and move. When an individual cell needs to move somewhere, it does so regardless of what other cells around it are doing. However, when the cells are linked together on a sheet of tissue or an epithelium that lines the internal face of the organs, they must coordinate their movements with their neighbors. It’s a bit like trying to navigate through a crowded room. To move, you will then need to communicate with others by speaking (“ excuse me ”) or tapping a few shoulders. Cells do much the same thing, but for lack of having limbs or mastering language, they use proteins to signal their presence.

This coordinated migration is important during embryonic development when cells migrate to form organs during healing when they move to close a wound or, unfortunately, during the spread of many cancers. Scientists already knew some of the proteins involved in this process, but a recent study by researchers at the University of Chicago identified a few days ago a new signaling system used by epithelial cells to coordinate their individual movements and move effectively in the tissues.

In a study published March 13, 2017 in the journal Developmental Cell, cell biologist Sally Horne-Badovinac and colleagues describe how two cell membrane proteins coordinate epithelial migration in Drosophila flies. One, called Fat2, is positioned at the rear of the cell, while the other, called Lar, is positioned forward, at the tip. When a cell moves, the second protein (Lar) signals its presence to the first (Fat2) of the cell in front of it.

Horne-Badovinac says she still has a lot of questions about how these proteins interact with each other and believes there may be other proteins involved in this machinery.  » This is just the tip of the iceberg to understand how this signaling system works « , she says.  » It is fascinating to imagine collective cellular behaviors, to imagine how they communicate with each other, and how these groups of cells can make decisions to move uniformly and in complex ways. The more we study these processes, the more we will be able to better understand the processes of wound healing or the spread of cancer. « .