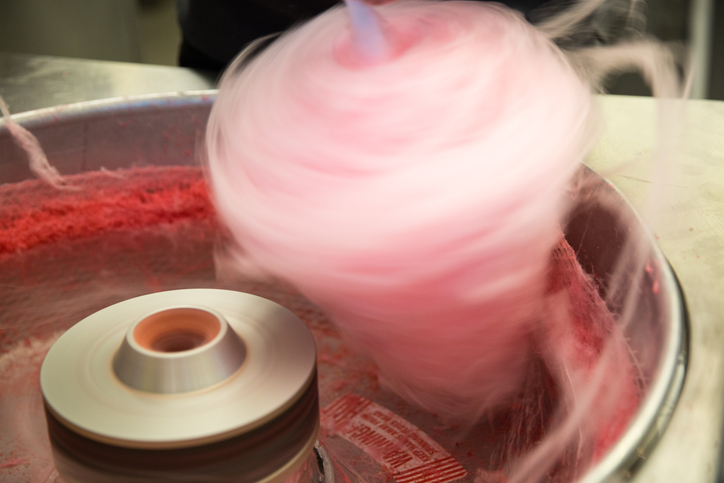 Young or old, few can resist the call of a good cotton candy, one of the stars of fairgrounds. How is the process of transforming the sugar into this big confectionery?

Cotton candy is already more than a century old and the principle of operation has never changed and in fact remains quite simple. The cotton candy machine was invented in 1897 by two American confectioners, Morrison and Wharton, who presented it to the general public at the 1904 World’s Fair in Saint Louis, United States.

This actually consists of only two elements: a central tub and a receptacle. The tub is the element that we see rotating on itself during the making of a cotton candy and it is the place where we place the sugar and the food coloring, the only two ingredients star confectionery.

At the heart of this bucket are electric resistors who heat the sugar until it reaches its temperature of merger. Then, it is the centrifugal force which pushes the melted sugar towards the small orifices which are placed at the top of the cone center of the machine. Once escaped, the melted sugar comes into contact with the air, much cooler than the inside of the tub, which will cause it to solidify in the form of the filaments that we see dancing on the machine before being recovered. on the famous stick.