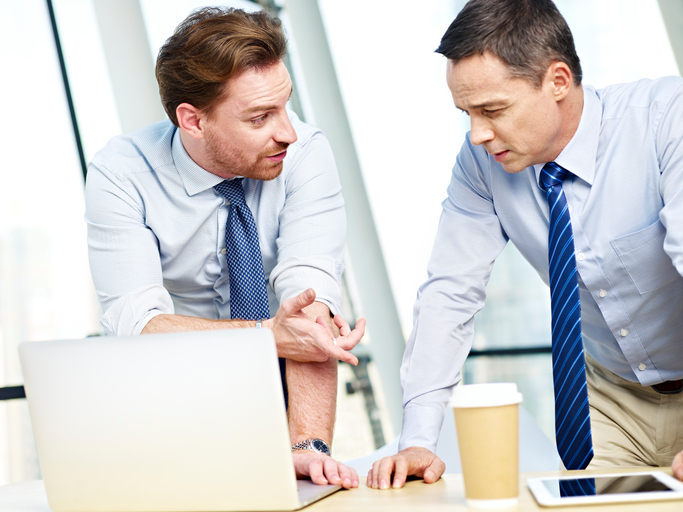 The decision-making mechanism is completely contagious and the behaviors of some influence those of others, as revealed by a series of experiments carried out on choices related to prudence, patience or effort by two INSERM researchers at the Brain and Spinal Cord Institute in Paris (INSERM/CNRS/UPMC).

Is decision-making a question of personality inscribed in our genes or a process inherited from education and our social interactions? This is the question that was at the heart of the work of Jean Daunizeau and Marie Devaine, two INSERM researchers at the Brain and Spine Institute in Paris (INSERM/CNRS/UPMC). Together, they studied the behavior of people subjected to choices involving the three characteristics that guide most of our decisions: prudence, patience and effort.

In this work, volunteers were subjected to three series of tests. In the first series, they were confronted with a computer which offered them choices according to varying degrees of patience, effort and prudence, for example choosing between winning two euros immediately or ten euros a few days later or opting for a lottery offering a high chance of winning a small amount or a lower chance of winning the jackpot. Forty such choices allowed the authors to create an algorithm representative of their personality.

In the second series of tests, the volunteers had to predict the choices of a fictional character invented from the algorithm made more careful, lazy, patient than the subject himself or the reverse. After a few errors due to the fact that the volunteers imagined that the fictional character would make the same choices as them, they finally adapted to predict the algorithm’s responses better and better.

This is called a  » false consensus bias « .  » This phenomenon has already been described in other contexts for aesthetic or moral choices, for example. It states that people believe that their judgment is that shared by the greatest number. This is found here for choices requiring patience, effort or caution. », explains Jean Daunizeau. Through learning and observation, this false consensus bias is gradually compensated.  » On average, people are therefore able to finely interpret the attitudes of others “, add the researchers.

In the third and final round of testing, it was finally found that the decisions made by the volunteers were far more similar to those of the fictional character.  » This type of mimicry is relatively unconscious: when they are asked the question, the volunteers do not realize that the nature of their choices has evolved, that they show more patience or caution « . This phenomenon is called the contagion bias social” which means that “our attitude tends to align with that of others. We knew him for certain behaviors, but we discover him here in decision-making « .

This discovery could have medical consequences, particularly in the understanding of psychiatric pathologies that affect social relationships such as autism or schizophrenia. Researchers now want to verify “ if there are differences at this level, the absence of mimicry could perhaps become a diagnostic element. There would then be a clinical issue « .