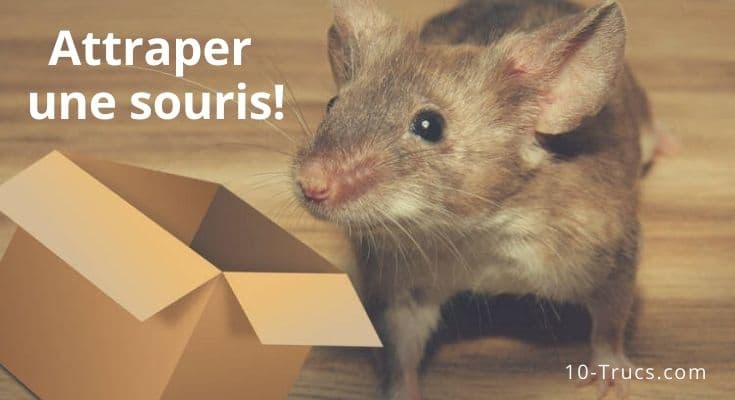 How to catch a mouse in the house?

I offer you today my best homemade tricks and traps to catch mice easily!

We offer you a first trap that will allow you to catch a mouse without killing it using a simple bucket and a few little things you have in the workshop.

This mousetrap consists of a bucket and a small wooden ramp. Just put food in the bucket, for example, and the mouse will go there without being able to get out.

You can use a stick or a small board as a ramp to help the mouse climb up and drop it into the bucket trap.

Here is an image that shows how to make this trap:

Here is another photo of this trap which consists of using a bucket but this time with a plastic bottle or a can to make the mouse fall.

So if you don’t want to kill the mouse, but rather catch it alive and then release it into the wild, that’s the best solution. Be careful, however, to choose a bucket that is deep enough, because the mouse must not be able to get out of the trap.

2. Catch a mouse with a bottle

Another quick and easy homemade mouse trap is to use a large water bottle and insert an access hole for the mice without them being able to get out of the bottle.

Once the mice are caught, you can carry them away from home, into the forest, without killing them! Here is the video that shows how effective this trap is for catching mice in a house:

If you don’t have time to make your own trap then why not buy a mousetrap type trap?

As with the homemade traps proposed earlier in this article, the mousetrap is a type of trap that allows you to capture a live mouse. It is ideal for the apartment, but also to catch small rodents in the garden for example.

Just place it where mice roam around the house or garden and add some food to attract them.

4. A cage to catch mice outdoors

If you are looking for a way to catch rats, mice and small rodents outside the house then I recommend that you buy a capture cage that closes automatically to trap the critters instead.

You can use this type of trap in the garden, the shed, the garden shed, the terrace, but also indoors in the attic and the basement.

Once the mouse has been captured, all you have to do is release it far (very far) from the house, quite simply. Personally, I used this type of trap to catch a mouse that was hanging out too close to my car last summer. 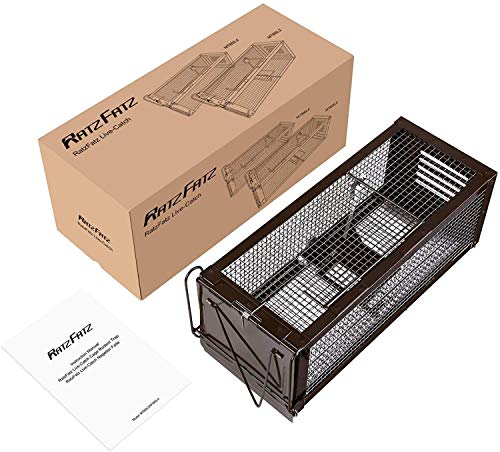 Of course, to succeed in catching a mouse, you have to lure it into this famous trap. There are several possible baits to bait and trap mice, including chocolate!

Attract a mouse with chocolate:

And yes! Mice seem to like chocolate. Attract them with a little chocolate and when they are enjoying their feast, you just have to catch them and then put them back outside.

Other food to attract mice: We talked about chocolate, but there are many other natural baits to attract and trap a mouse:

6. Where to place the mousetrap?

The place where you will place the mousetrap(s) is extremely important in order to quickly catch mice that are prowling around the house.

Here are some tips for choosing the right location for the trap:

There is no point blindly placing traps in an attempt to catch them, as you may be wasting your time. Observation is what it takes to find the best place to place your mouse trap in a house!

7. Catch a mouse with a conventional trap

Trap, sticky trap, mousetrap, electric trap, poison… There are a multitude of conventional mousetrap choices in stores and online.

To kill a mouse this type of trap is ideal… But is it very “humane” to use them to catch rodents in your house? The question does indeed arise.

If there’s one trap you should never use, it’s the glue trap. The mouse will die quietly struggling for hours and hours, it’s not very human indeed.

Personally, I prefer to advise you to test one of the homemade mouse traps that I proposed earlier in this article or to buy a “pro” trap that allows you to catch and kill the rat or mouse instantly.

8. An exterminator in case of a mouse invasion

If you really have a really big mouse problem such as an infestation, then better hire a pest control company in your area so they can catch them all.

Some of these companies specialize in insect control and others specialize in small animals, such as mice and rats. Call on them if you still can’t find an effective way to catch them.

So, what are you waiting for to go mouse hunting?

That’s it, you now know how to catch mice in a house. All that remains is to test one or more of our homemade tips, tricks and pitfalls offered in this article. Good hunt!

In the end, it’s better to prevent and keep mice away than having to catch them, isn’t it? I recommend this other article: Mouse repellent.