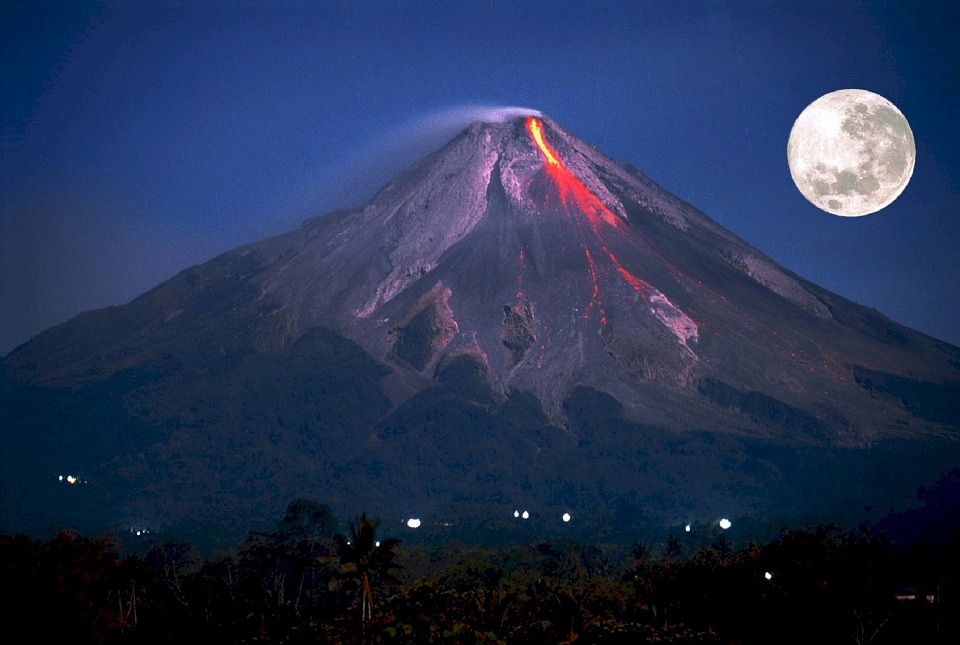 An astonishing fact has been brought to light by a rather special methodology: the deep-seated magmas produced by arc volcanism contain incredible quantities of water. Additionally, water is known to be the driving force behind the largest eruptions, but water is also the cause of the magmas being trapped at depth.

Arc volcanism is due to the subduction of an oceanic plate under another oceanic or continental type plate causing the formation of a set of volcanoes aligned more or less along a curve. This type of volcanism is undoubtedly the most dangerous since the large quantities of gas and water dissolved in the magmas are the cause of very violent explosive eruptions.

Volcanism is only a small part of the phenomenon. The majority of magmas are trapped at depth where they cool and harden for hundreds of thousands of years. They thus form plutonic rocks (or plutons) which ultimately represent the earth’s crust (by addition effect) on which we live.

Although it is possible to see these fossil magmas on the surface, their numerous alterations during solidification make it difficult to decipher the processes taking place at depth. For example, it is not obvious why continental crust has an andesitic composition while plutonic rocks are different.

Liquid magmas are conductive due to the presence of water, this conductivity being variable depending on the water content. According to researchers from the Institut des sciences de la Terre d’Orléans (ISTO), it is the deep magmatic liquids that feed the active volcanic arcs. For example, Taupo in New Zealand contains up to 10% water (by mass).

In Bolivia, a volume of 50,000 km3 of magmatic liquid has been estimated under the country. The dissolved water there would be almost as large as the water contained in Lake Superior in Quebec (12,100 km3). These magmatic liquids stagnating 20 km below the surface have a density that decreases under the effect of water, which should logically cause them to rise. However, too much water would be present and through a degassing process that occurs deeper than conventional magmas, they become viscous to the point that the ascent is blocked.