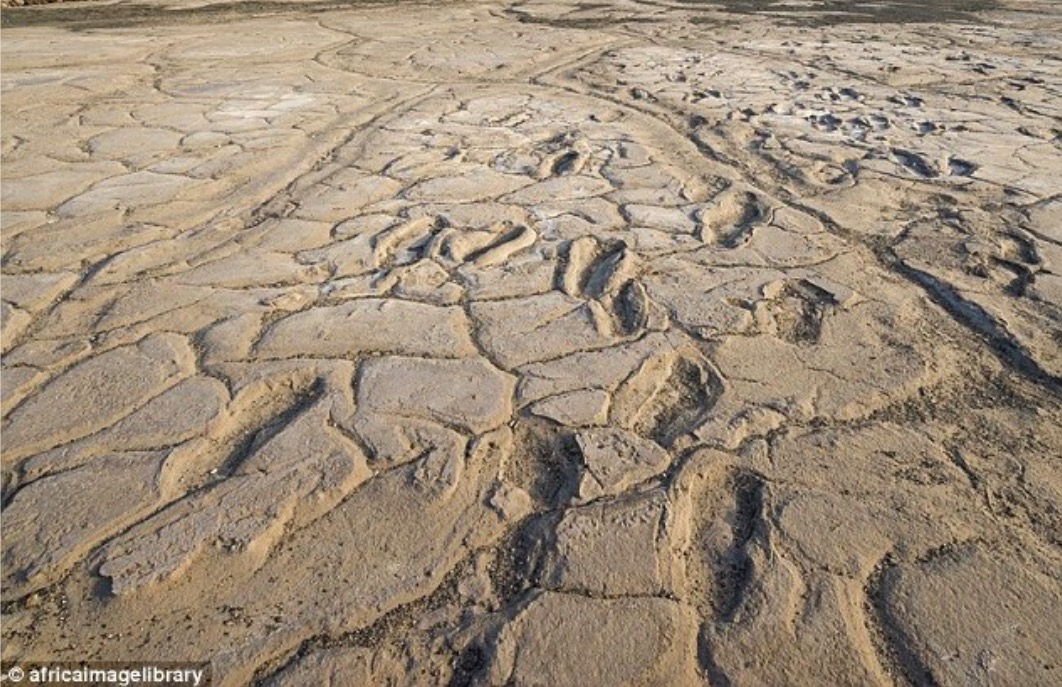 A team of researchers announces the discovery and dating of more than 400 footprints of prehistoric humans in Tanzania. Dated between -19,000 and -10,000 years ago, these traces seem to have been left by Homo sapiens.

An article published in the journal Palaeogeography, Palaeoclimatology, Palaeoecology recently reported the discovery, not far from Ol Doinyo Lengaï close to the southern shore of Lake Natron, of the largest set of footprints left by prehistoric humans in Africa: more than 400 footprints discovered dated there at -19,000 and -10,000 years ago. The footprints, frozen in the dried flood deposits and covered with a layer of mud, appear to have been left by Homo sapiens, mostly women and children.

Photographed, 3-D scanned and mapped, the tracks also revealed that at least 24 people walked through the mud in two different directions. Some of the travelers were walking, and some appeared to be running. For the time being, a subgroup of researchers continues to investigate the size and composition of this group of individuals.

Partly known since 2006, the footprints had already attracted the attention of researchers in 2008, who thought they were 120,000 years old. But a new study by technique of radiodating by the Argon-Argon method will have finally rejuvenated these traces, making it possible to locate the event with precision in time. « For people who work in prehistory, it’s incredibly rare to get these kinds of snapshots in time, » said paleoanthropologist Briana Pobiner of the National Museum of Natural History.

Recall that in 1976, in Tanzania, were found footprints left in deposits of wet volcanic ash 3.5 million years ago. Found 45 kilometers south of Olduvai Gorge by paleontologist Mary Leakey, these footprints were left by individuals moving like bipeds. They are generally attributed to Australopithecus afarensis.