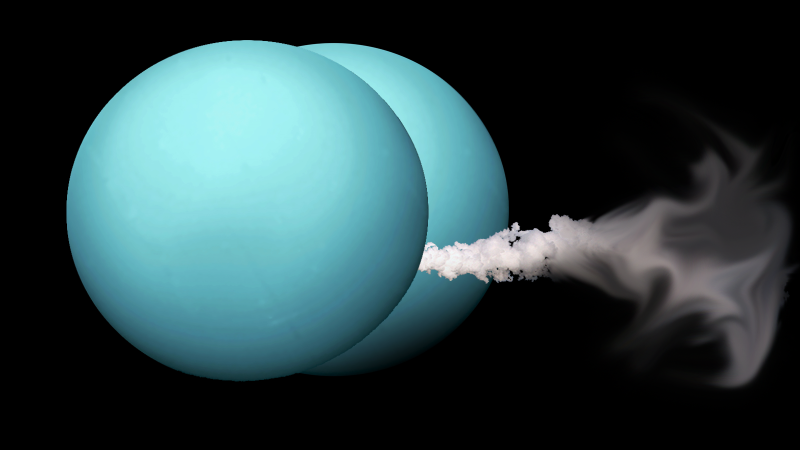 The gases from the planet Uranus would have a pestilential smell. Decidedly, this planet did not steal its name! Of course, you can smile, but this is not a joke in bad taste.

Uranus is the seventh planet in the solar system and the very first in history discovered using a telescope by astronomer William Herschel on April 26, 1781. This planet takes its name from the Roman god of the sky, but since we know that the gases it contains smell bad, hard to believe in chance!

The planet Uranus still raises many questions in the scientific community. Very recently, new detections of auroras have provided new information about the magnetic poles of Uranus! Within a few days, the Gizmodo site was interested in the following question: what smell could this planet have? A rather complicated question since no one will smell closely. Uranus is a distant and hostile planet.

“You wouldn’t want to be in this atmosphere and try to breathe! », says Mark Hofstadter of NASA’s Jet Propulsion Laboratory, referring to certain death from lack of oxygen. Indeed, the atmosphere of Uranus is a real deadly cocktail: hydrogen sulphide, carbon dioxide, ammonia as well as methane and phosphine.

According to the director of the Other Worlds Laboratory at the University of California, Jonathan Fortney, there are on Uranus “many things that are considered volatile gases”smelly gases that « have frozen out of the clouds ».

Imagine that we did not die in contact with the atmosphere of Uranus, the smell would be unbearable. Hydrogen sulfide is precisely the gas that contains the smell automatically detected as soon as someone “sheds” in our presence, as for ammonia, the latter would smell of cat pee! And the phosphine? A mixture of rotten fish and garlic! As for methane, the latter could be transformed into ethane and in contact with sulfur, it would change into ethanethiol whose smell would be comparable to that of the skunk, a small carnivorous animal known for its secretions of malodorous liquid in case of threat.

So, no one would want to sniff such an awful cocktail, but rest assured, it’s simply impossible. As said above, man will never go to Uranus. Even if it were to go there, it would not survive the coldest atmosphere in the solar system (-224°C), a temperature which, moreover, does not allow any smell to really exist because of gel.