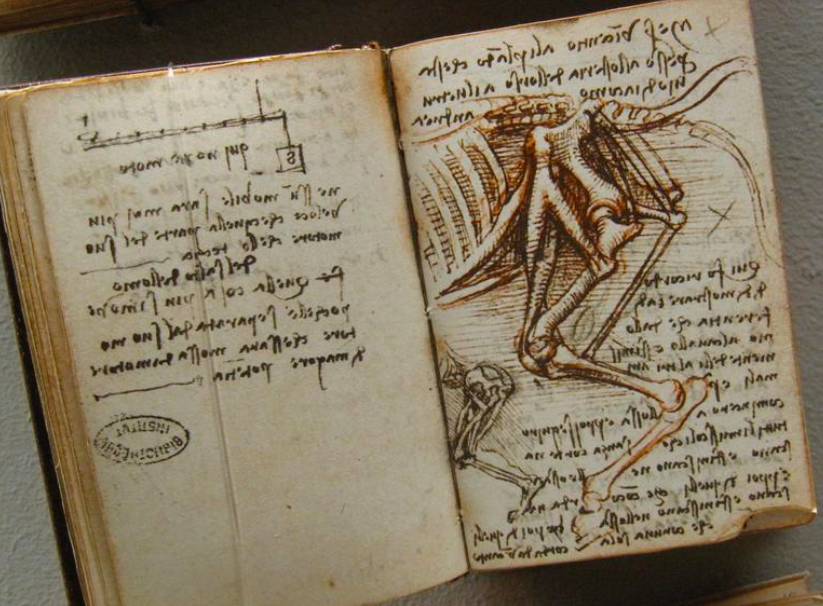 Leonardo da Vinci was a genius in many fields, even the least suspected. Thus, in 1482, he was one of the first job seekers to write a « motivation letter », and given its content, it is indeed a model of its kind, a reference even today. today.

564 years ago, on April 15, 1452, a genius was born who still makes a lot of talk today, and continues to fascinate, Leonardo da Vinci. If he is famous throughout the world for his emblematic Mona Lisa, he is also a reference in terms of… job applications. Indeed, in 1482, then aged 30, the Florentine artist applied for a position as a military engineer with Ludovico Sforza, Duke of Milan, sent by Lorenzo de Medici. He then decides to write a letter to tell the duke of his many qualities and the assets he has. A cover letter that remains, five centuries later, a model of its kind.

Here are some excerpts from that letter.  » I have a means of constructing very light and easily transportable bridges, for the pursuit of the fleeing enemy; others more solid that resist fire and assault, and are also easy to put on and take off. I also know the means of burning and destroying the enemy’s bridges (…) I can build cannons, mortars, fire engines of practical form and different from those in use. Where cannons cannot be used, I can replace them with catapults and devices to launch darts of astonishing and hitherto unknown efficiency. Finally, whatever the case, I can find infinite means for attack (…) In time of peace, I can equal, I believe, anyone in architecture, build private and public monuments, and conduct water from one place to another (…) In painting, I can do what anyone else would do, whoever he might be (…) And if any of the things listed above seem impossible to you or impracticable, I offer you to try it out in your park or in any other place Your Excellency pleases, to whom I recommend myself in all humility.“.

This letter earned him a job in stride. Why is it so effective then?

It responds to the needs and interests of the employer. After having studied what were the needs of the Duke of Milan, which were then the protection of his territory against potential enemies, Leonardo da Vinci took care to highlight his military skills in relation to the needs of his recipient.

She is looking to the future. Indeed, many of the cover letters talk about the past, achievements and different professional experiences. But this is a mistake, what interests the employer is the future.

It highlights its specificities compared to others. Through this letter, the Florentine artist distinguishes himself from other potential candidates by highlighting his aptitude for innovation (« Devices different from those in use »), his creative potential (« to throw strokes of astonishing efficiency and hitherto unknown ») and his overflowing imagination (« I can find infinite means for the attack »).

She catches the attention of the employer. In their book « Guerilla Marketing to find a job », Conrad Levinson and David E. Perry point out that the cover letter is a personal promotional mail, and as in any direct mail, the main objective is to attract the attention of the reader. . Why do you want a recruiter to invite you for a job interview if your (file) makes you look like hundreds of other candidates.

She proposes the meeting to expose her talents rather than list them.  » And if any of the things listed above seemed impossible or impractical, I offer you to try it in your park.“. In these terms, Leonardo da Vinci proposes to the employer to verify by himself the qualities which have been listed, in order to dispel any doubts.