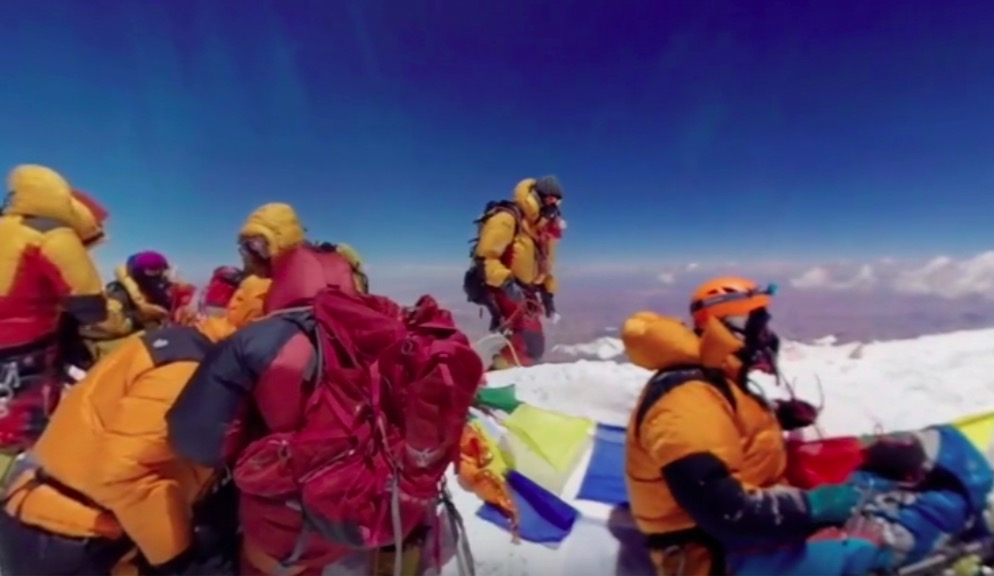 The American sports magazine Sports Illustrated will soon present Capturing Everestthe very first ascent of Mount Everest in virtual reality, an unprecedented experience scheduled to be broadcast next year for the pleasure of the biggest mountaineering fans.

Sports Illustrated is a sports magazine owned by Time Inc, a press company belonging to the Time Warner group which has nearly 23 million weekly readers. This magazine had already made the buzz on the web a few months ago with Swimsuit Edition, a 360° experience allowing you to observe beautiful women in bikinis on beaches and dream landscapes.

Sports Illustrated has decided this year to return to something more serious by allowing you to immerse yourself in the heart of the ascent of Mount Everest, the roof of the world (above sea level), culminating at 8848 meters in height . Thus, the magazine joined the Endemol Shine Beyond USA studio to produce this documentary following a team of mountaineers, baptized Capturing Everest (capture Everest),

The team is made up of experienced specialists, but above all two seasoned mountaineers: Garret Madison and Brent Bishop, who have already climbed Everest six and three times respectively. The documentary was shot over two months using zip line cameras and other action cameras hooked to the climbers’ harnesses. This is indeed the first experience of its kind to offer such a complete ascent in the first person.

Scheduled to air in 2017 on Time Inc.’s LIFE VR platform, the documentary Capturing Everest goes further than other projects that can be considered similar, namely Project 360 or The Climb.

Here is the official teaser of Capturing Everest :