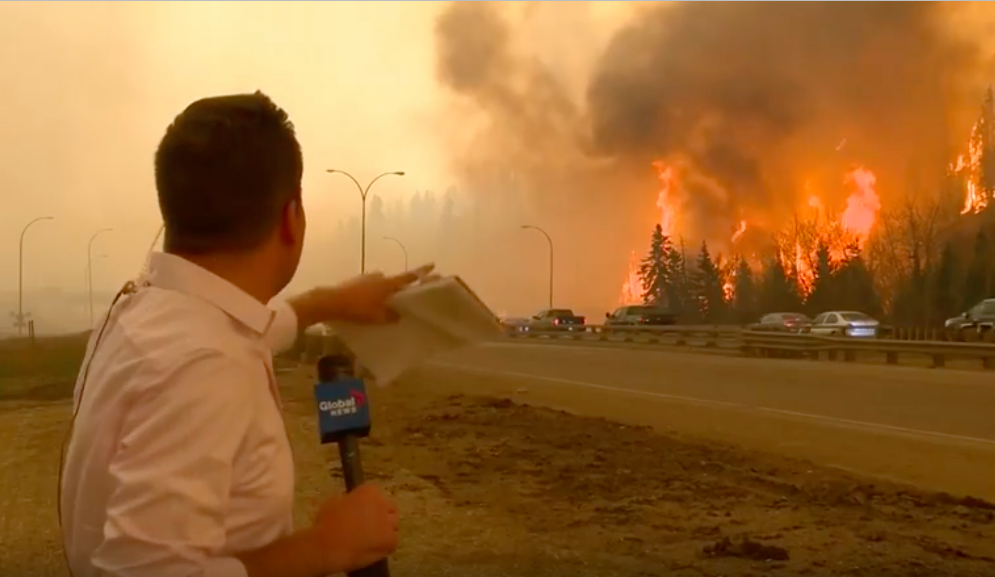 A Canadian city was evacuated at the instigation of the police this Tuesday evening, May 3, 2016. A gigantic forest fire has come dangerously close to this urban area, forcing the authorities to apply various measures.

Fort McMurray is a city of 100,000 inhabitants located in the province of Alberta, in western Canada. Fires started on the night of May 3, 2016 in the surrounding forests, gaining ground and then threatening homes.

“The entire city of Fort McMurray is under a mandatory evacuation order” said the Alberta Emergency Alert Service.

Only an area including the city’s airport, located further south, was exempt from any evacuation. Fortunately, no casualties were reported, since the hospital itself was also completely evacuated. “It is a frightening and stressful situation for people who have had to leave their homes in these conditions” Alberta Premier Rachel Notley said at a news conference.

Until Monday, May 2, the fire was contained, but the next day, winds of 50 km / h quickly pushed the flames towards the first homes. The province of Alberta is currently in the grip of droughts favoring this type of phenomenon, as evidenced by the recent heat records of nearly 30 degrees in the region.

The evacuation order created a rush on the roads leading out of the city from the north. The oil companies there have made camps available for the workers, and an airlift is being set up. This last measure « would be above all for people with medical problems and our priority would be to transport them » to other health-related centers, according to Rachel Notley.

Here is a short report published by Global News: