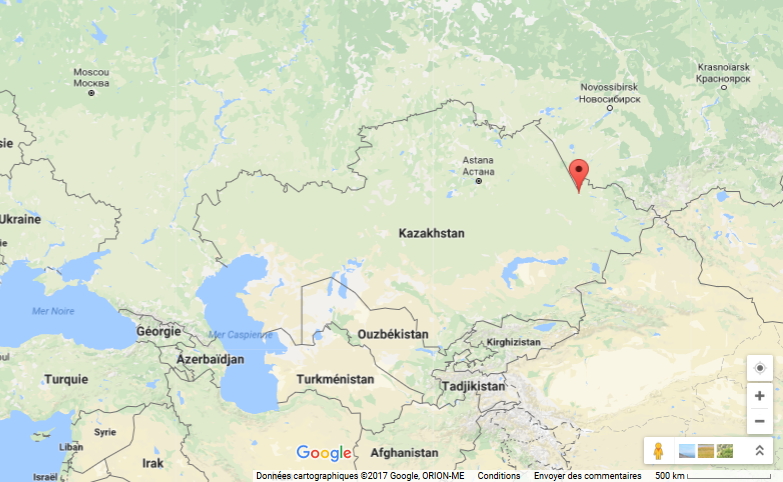 We all remember the Chernobyl nuclear disaster which occurred in 1986, but it seems that the Soviet Union was already hiding at the time a region much more affected by nuclear excesses. This case has recently emerged from beyond the grave.

A nuclear site whose consequences for local populations and the environment are greater than the Chernobyl catastrophe? No, this is not a joke, but information from an old report by the Institute of Radiation Medicine and Ecology (IRME) in Semipalatinsk (or Semei), a city located in what is now Kazakhstan.

This famous report was found in the archives of this establishment by the Moscow Institute of Biophysics and then sent to the magazine New Scientist. The director of this Siberian branch of the Moscow institute, Kazbek Apsalikov, told the magazine: “For many years this was a secret”.

The Semipalatinsk nuclear polygon located 130 kilometers from the eponymous city covers an area of ​​18,000 km² and was active between 1949 and 1991. According to the famous report, nearly 450 nuclear bombs would have exploded in the region during the 1950s and 1960s , which would have seriously contaminated the soil and at the same time impacted the agriculture that supports the populations of eastern Kazakhstan.

The report states that in September 1956, radiation rates were 1.6 millirem per hour, a hundred times greater than the acceptable rates according to the International Commission on Radiological Protection (ICRP). More than 600 people are said to have been hospitalized following severe radiation.

A Russian study from 2009 and a report by the Norwegian Institute of International Affairs (NIPI) from 2014 evoke the fact that today the local population still suffers from cancers, malformations, cardiovascular diseases as well as infant mortality in causes radiation.

To go further, here is the report entitled After the Apocalypse broadcast by the British channel More 4 owned by Channel 4: