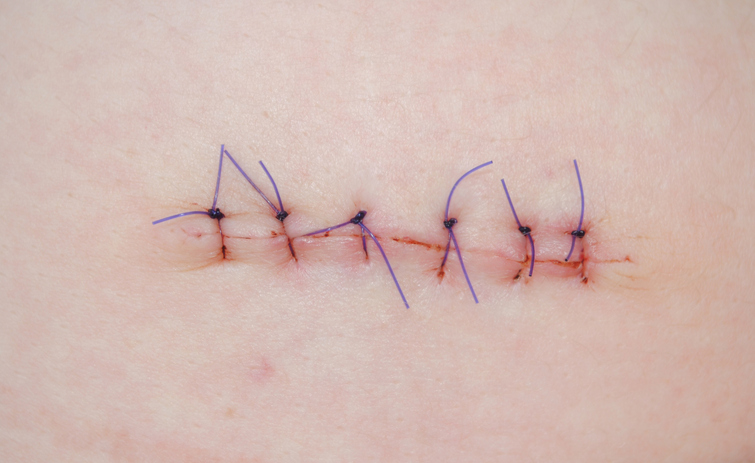 With the very strong development of non-invasive surgeries and the appearance on the market of nanopolymer structures in gels or glues, the suture thread and needle seem destined to disappear. But according to professionals in the sector, nothing is less certain.

Advances in medicine affect all the basic tools of the surgeon, including the thread used to perform the stitch. Until then, materials of natural origin dominated, but the trend is changing. For example, catgut suture made from animal guts has long been common, but the mad cow crisis in Europe hastened its banishment. Textile threads such as silk are no longer limited to certain specific uses such as ophthalmology or dentistry.

It is now synthetic materials that reign on the world market.  » They are much easier to produce and less traumatic for patients, in the sense that there is less risk of allergies thanks to their better biocompatibility “, explains Cloé Péchon, product manager sutures at B. Braun France (third world player in surgical sutures), relayed by sciences & avenir.

There are two types of such sutures, absorbable and non-absorbable. But whether she belongs to one or the other of these categories,  » the suture remains a foreign body adds Cloé Péchon. This is why the development centers of this sector are now targeting new structures, often glues or gels.  » To suture two blood vessels to make them watertight, you have to make very small stitches. A glue could have an important interest, by brushing the surface “, explains Michel Therin, general manager of the global division of general surgery at Medtronic, the world’s second largest surgical structure.

If such structures already exist, they are not always very easy to use. The thread and the needle, it seems very basic, but it’s formidable efficiency “, adds Michel Therin. According to him, the new structures that we thought were intended to replace the stitch will rather come to complete the work of the suture.