These questions usually don’t really come to mind, but which languages ​​are present on the web and which are the most widely spoken? What about the French language? An infographic gives details and sheds light on our lanterns!

The infographic that you will find at the end of the article was developed and published by the statistics portal Statista on January 23, 2017. This details the different languages ​​most present on the Internet, but also tends to show the gap that it there can be between the content available in a given language and the speakers of that same language surfing the web.

Unsurprisingly, English is the dominant language when it comes to content, with content representing 52.3% of the total available on the Internet. However, English-speaking Internet users are “only” 26.3%. Conversely, users speaking Mandarin (Chinese) represent 20.8% of Internet users, but the content in this language is very low in quantity (2%).

If the gap between content in Chinese and speakers of the same language is the most important in the infographic, it should be noted that this is a trend that is not unique since we find it elsewhere. This type of under-staffing also concerns the Arabic language (4.7% of speakers, 0.8% of content), Portuguese (4.3% of speakers, 2.6% of content), but also Spanish (7.7% speakers, 5% content).

Regarding French, it is the sixth most widely used language on the Web, but only 2.8% of Internet users are French-speaking.

Here is the infographic edited by Statista: 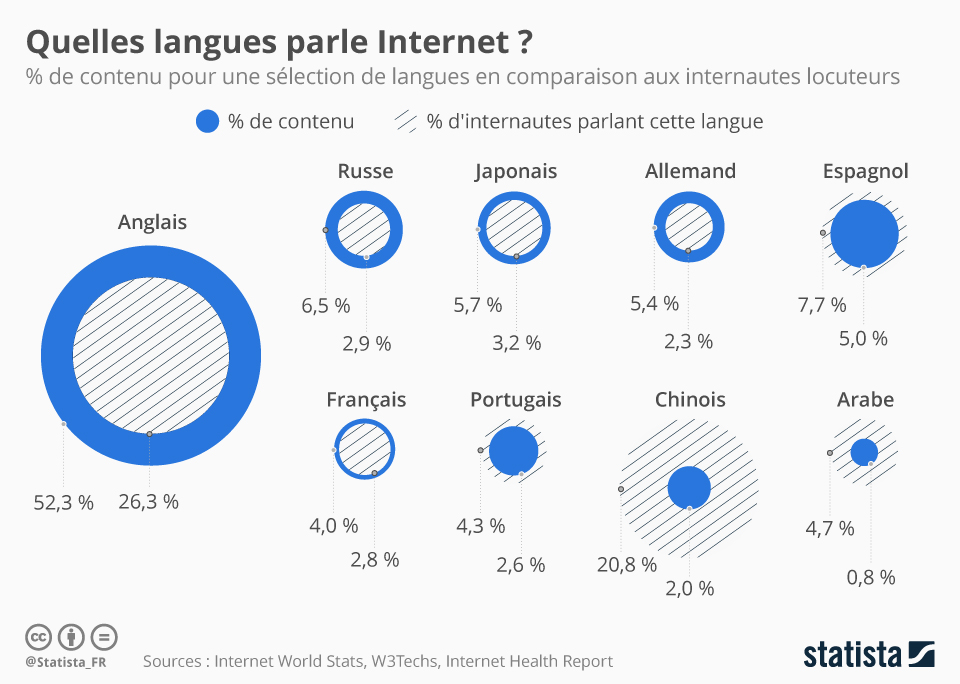