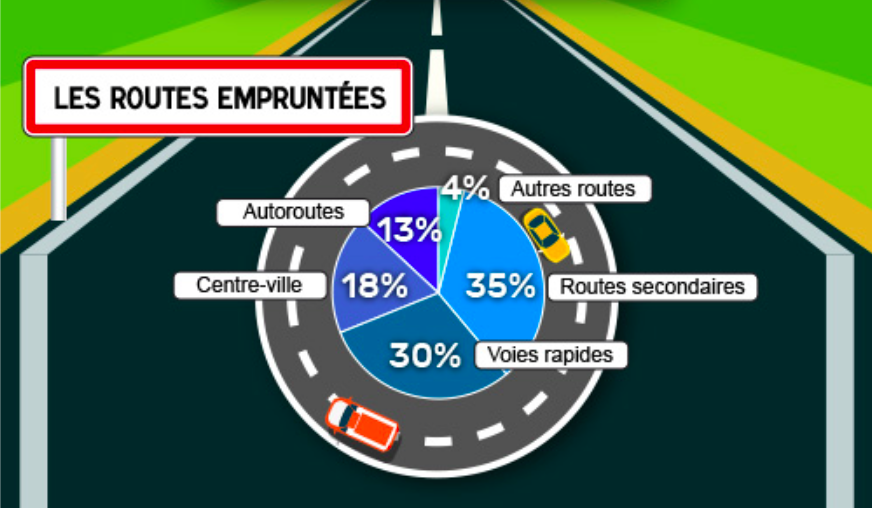 The magazine UFC Que Choisir recently conducted a survey on the French road network and the population’s perception of safety. If the highways are widely acclaimed, this is not really the case for national roads and other departmental roads.

The survey, accompanied by a very telling infographic, was published on the official website of the magazine UFC Que Choisir on May 3, 2016. This research focused on the safety of the French road network, in terms of condition, quality and pavement maintenance. The survey was conducted among 3,182 magazine readers and affected drivers.

It seems that the French have a strong feeling of the deterioration of French roads, since 65% of motorists believe that the state of the roads has worsened in recent years and that 25% do not consider themselves safe on the network. According to 1,841 people questioned, it is the national roads that have suffered the most, while the other roads (departmental and municipal) are the part of the network most affected for 1,349 other volunteers in the survey.

However, 90% of respondents are satisfied with the motorway network, and 74% are also satisfied with national roads. On the other hand, only half of the volunteers appreciate city roads and only 27% have this thought about other roads.

In terms of Road Safety actions, they arouse a mixed feeling. If the interviewees appreciate the improvement in the maintenance of the roadway as well as better visibility of the markings on the ground and the signs, they are not so enthusiastic about the reduction in the blood alcohol level authorized at the wheel (from 0.5g to 0.2g), the reduction in speed on motorways (from 130 to 110km/h) and on national roads (from 90 to 80km/h).

The UFC Que Choisir survey was carried out on 75% men and 25% women, for an average age of 61 years. For 60% of them, the vehicle is less than 6 years old. In 65% of cases, the vehicle is equipped with a diesel engine, compared to 32% for petrol vehicles, the rest being represented by hybrid or strictly electric vehicles.

Continuation of the infographic on UFC Que Choisir