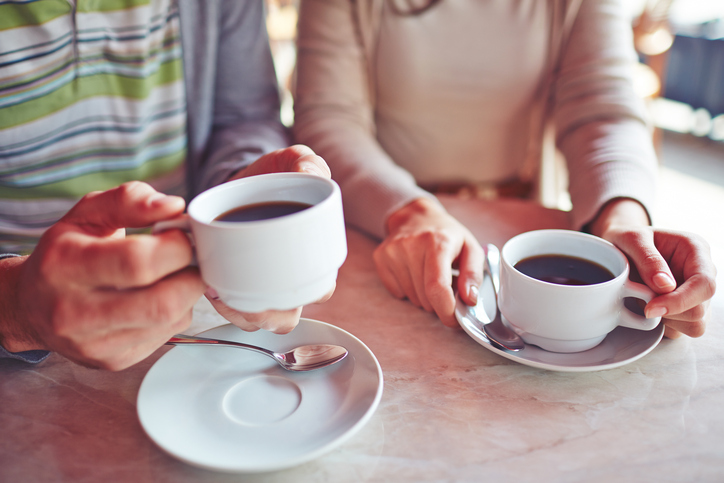 If you are a regular coffee drinker, this question may be of interest to you. Several studies suggest that moderate coffee consumption does not dehydrate. On the contrary, it would even have a hydration capacity similar to that of water.

Based on the belief that caffeine is a diuretic, it has long been advised to avoid or even remove caffeinated beverages from the diets of people who are at risk of dehydration or during periods of extreme summer heat. . This advice, however well-intentioned, was wrong. By definition, a diuretic is a product that increases the production of urine. So water or any drink consumed in large quantities is a diuretic. But it is important to remember that urinating more often is not necessarily synonymous with dehydration (excessive loss of body water).

Caffeine is a so-called « weak » diuretic and tolerance to this effect is acquired quickly (in four to five days) with regular caffeine consumption. In 1928, a study involving three people showed that when participants did not consume caffeine for more than two months, a dose of half a milligram per kilogram of body mass (roughly the amount in half a cup of coffee) was enough to cause a « significant » increase in urine loss. But regular caffeine consumption (for four to five days) helped build a tolerance to this diuretic effect, so more than one cup of coffee was needed before an effect was detected. The study therefore suggested at the time that regular consumption of caffeinated beverages did not lead to chronic dehydration. Of course, the sample size was far too small, but a survey of 59 healthy people monitored for 11 days and using contemporary research and analysis methods confirmed these findings from more than of a decade.

An experimental study conducted in 2014 also went in this direction. It was conducted among 50 healthy men aged 18 to 46 who consumed 4 cups of coffee a day for 3 days or drank an equivalent amount of water for 3 days. This is equivalent to 200ml of black coffee per day or 4mg/kg of caffeine per day. Their level of hydration assessed from blood samples and urine volume then showed no significant difference between coffee or water consumption. Neither blood or urine markers nor 24-hour urine volume. Only urinary sodium levels are found to be somewhat higher during “coffee” periods, with caffeine increasing renal sodium excretion.

So, is coffee dehydrating? No, if you consume it in moderation. Researchers now expect 550 to 575 mg of caffeine per day if you want to avoid its harmful effects. Besides dehydration, note that coffee is generally consumed for its “stimulating” effect, but it is important to know that excessive consumption produces the opposite effect.