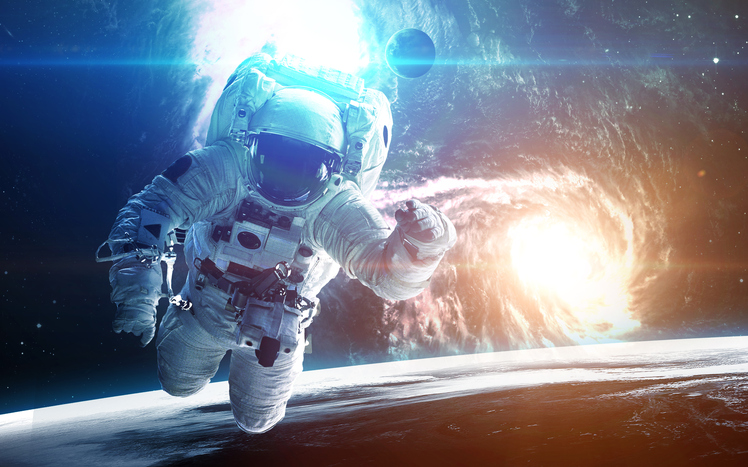 The most optimistic will say that life in the Universe is a banal phenomenon where others maintain the idea that the Earth has benefited from exceptional conditions and that our presence here is a miracle. In the end, is the Earth banal or ultimately extraordinary?

The Milky Way is home to several hundred billion stars and there are at least 200 billion galaxies in the Universe. These figures make your head spin and leave no reason to think that life was confined only to our planet. Although space exploration is still in its infancy, we have not yet detected any trace of intelligent or rudimentary life in our cosmic surroundings. Thus the Earth would have benefited from a whole series of very special conditions for life to develop and perpetuate. And it all starts with the purchase of the land.

Indeed, not all locations are equal in the Milky Way and living in the suburbs has a big advantage. To evolve in the central regions implies the fact of being exposed in a brutal way to X-rays and gamma rays. Areas that are too dense with stars are also to be avoided, as there are too many neighbors. The stars in the center are indeed larger and their lifespan is shorter. In the city center, explosions are frequent and violent, as are gravitational disturbances.

So, it’s better to live in the « suburbs », but not too far either to avoid the shortage of heavy elements necessary for the formation of rocky planets. That’s not all since we also orbit around a star that is neither too big nor too small. It’s lucky because a bigger star would probably have exploded by now and if it had been too small, Earth would have had to orbit much closer to its host and run into violent solar flares for liquid water. on its surface.

In addition to having fallen on the right star, the Earth is also at a good distance to allow the presence of water in a liquid state, a condition considered essential for the appearance of life for the moment. But still it was necessary to stabilize the axis of rotation of the Earth. It was then that the Moon intervened. A few tens of millions of years after the formation of the Solar System, a protoplanet the size of Mars crashed into the Earth head-on. Under the impact, the debris ended up in orbit and gathered under the effect of gravitation to form our satellite. Thanks to it, the axis of rotation of the Earth stabilizes at 23 degrees in relation to the plane of the Sun and thus allows the change of the four seasons. Without the Moon, the climatic consequences would probably be fatal to the living.

It therefore took exceptional conditions to see complex organisms develop and prosper on our planet. But is it therefore an exception in the immensity of the cosmos? Probably not, actually. The probabilities only increase as the light-years lengthen. The potential is enormous and nothing says that elsewhere, an intelligent and very different life cannot function on another chemistry of the living that we could consider at home as hostile.