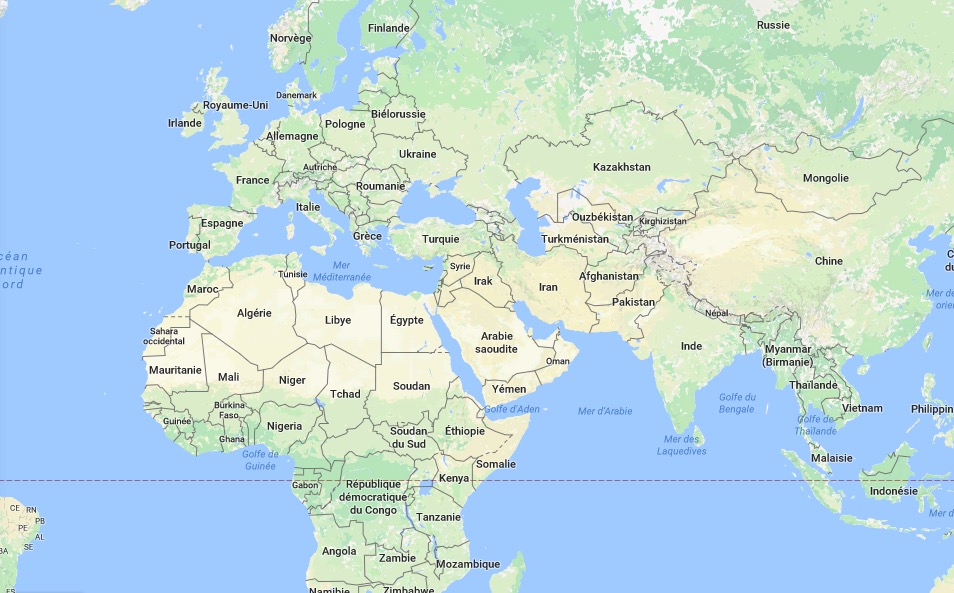 The borders that separate and determine the boundaries of countries are often complex, demarcated both politically and according to data from physical geography. If countries do not follow specific geometric shapes, a statistician wanted to determine which is the most rectangular country in the world.

David Barry has carefully studied and analyzed the contours and borders of all the countries of the world, from the Vatican, the smallest country in the world, to Russia, the largest country, he has come to the conclusion that the country the most rectangular in the world is located in Africa, it is Egypt.

To determine that Egypt is the most rectangular country, David Barry used a specific geometric equation to compare the outline of a given country with an ideal parallelogram. In Egypt, the whole western part and the southern part are lines drawn by the desert, and the southwest of the country is a perfect right angle. The Vatican, the smallest country in the world with an area of ​​0.44 km2, and Saint-Martin complete the podium.

It should nevertheless be noted that the former colonies and the countries whose territory is formed by a desert are not the only ones in the lead group, since Macedonia (7th place), Poland (9th place) and Turkey ( 15th place) are also among the countries with high “ rectangularity“. As for France, our hexagon, it ranks 134th among the most rectangular countries out of the 208 countries listed by David Barry. The Maldives archipelago brings up the rear. Indeed, this South Asian country is made up of 1,199 islands, it is difficult to find geometry there.