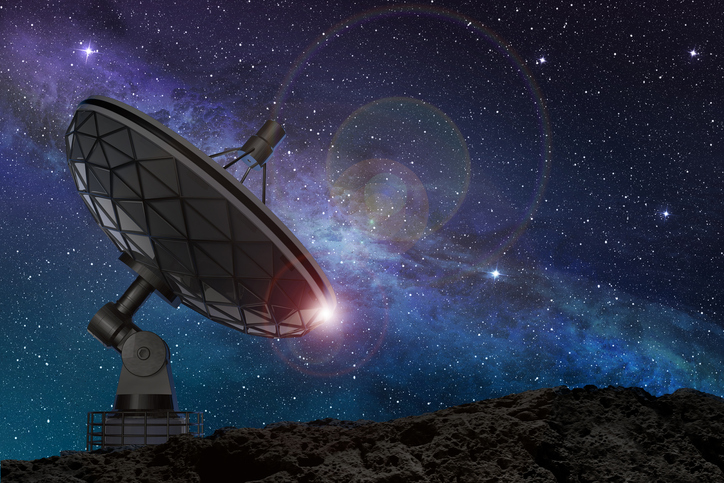 Of all the unexplained things in our Universe, fast radio bursts are arguably the strangest. But where do they come from? A team of researchers takes a big step forward by eliminating one of the potential sources.

Fast radio bursts are powerful and fleeting. They are among the most elusive and explosive signals ever detected in space and although they only last a few milliseconds, they generate as much energy as 500 million Suns. But where do they come from? According to Harvard researchers, these could be evidence of advanced extraterrestrial technology. For others, they result from volatile and explosive events such as supermassive black holes spewing out cosmic matter, supernova explosions or the rotation of magnetars. To tell the truth, we don’t know any more for the moment. But the best way to find an origin for them one day is still to eliminate all possibilities.

A few days ago, a team of astrophysicists led by Chris Flynn, of Swinburne University of Technology in Australia, took a big step forward by excluding any terrestrial source. So it’s confirmed: they come from space. It might seem obvious, but let’s not forget that in 1998 researchers thought they had discovered a new type of radio signal from outer space only to figure out 17 years later that they emanated from a microwave oven installed in their research center.

The reason why the origin of these radio signals is so difficult to pin down is that it is currently difficult for radio telescopes to establish whether or not a particular signal comes from the Earth’s atmosphere or from space. . To remedy this problem and eliminate terrestrial interference as a source of FRB once and for all, the researchers used the Molonglo radio telescope located near Canberra, Australia, which has a collection area of ​​around 18,000 meters. squares. This gigantic architecture does not allow the detection of signals coming from inside our atmosphere.

Thus, the team went on the hunt for FRB. A complicated job (the telescope produces more than 1000 TB of data every day, it’s a bit like looking for a needle in a haystack). As you will have understood, the idea here is that if by chance the researchers detected a fast radio signal, then it would necessarily emanate from space. Finally, they discovered three which correspond perfectly with the signals already picked up (we have already detected about twenty of them, which means that these also emanate from space).

For now, the sources of the three newly detected FRBs remain relatively mysterious, except for the fact that they are not of this world. All we know is that the data suggests these signals are coming to us from the constellations of Pup and Hydra.