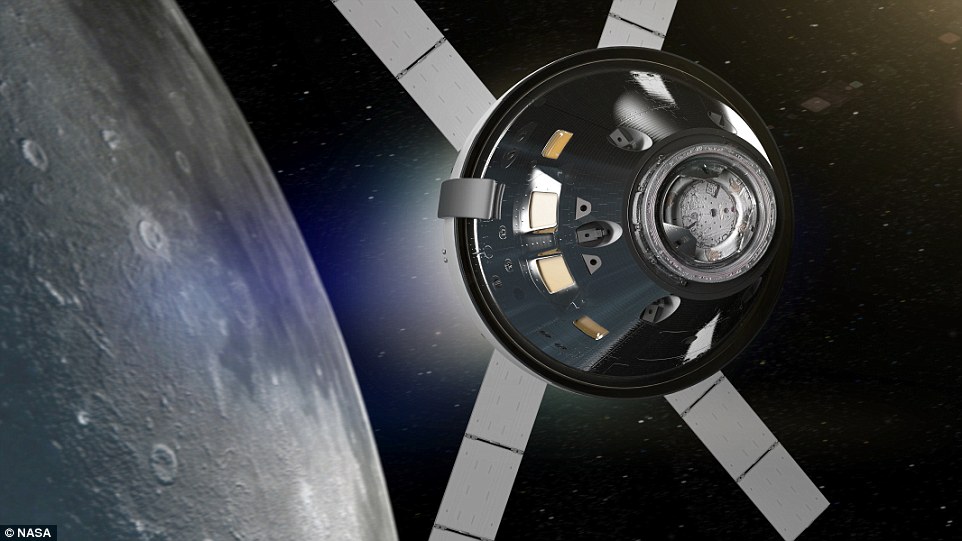 NASA and ESA announce the signing of an industrial contract for the first astronaut mission aboard the Orion spacecraft. It will be the first time since 1972 that men will leave low Earth orbit.

Apollo 17 (December 7, 1972 — December 19, 1972) is the last mission of the Apollo space program to date to have brought humans to the surface of the Moon. Since then, no human has ventured beyond low Earth orbit. A “diet” soon interrupted since NASA and ESA are once again joining forces for a manned mission around the Moon by 2021.

It is a European service module which will ensure the propulsion of NASA’s space vehicle called « Orion », whose first mission in 2018 will consist of going beyond the Moon and then returning to Earth. ESA and Airbus Defense and Space have just agreed with NASA to build a second module for the second manned mission in 2021 for a crew that could a priori be made up of four astronauts.

The agreement concluded constitutes proof of the recognition of the skills of Airbus and ESA and extends the ESA/NASA collaboration in the field of human spaceflight initiated with the International Space Station. ESA will sign the corresponding contract with Airbus Defense and Space for the construction of the second European service module in the Airbus DS integration building in Bremen (Germany) where the first module is already being assembled.

On the occasion of the signing of the contract for the Orion European Service Module, media representatives are invited to a press event on Thursday 16 February at the premises of Airbus Defense and Space in Bremen. David Parker, Director of Human Space Flight and Robotic Exploration at ESA, James Free, Deputy Assistant Administrator at NASA for Technical Programs, Nicolas Chamussy, Head of the Space Systems Division at Airbus and Matthias Maurer, astronaut from the ESA will participate in particular.