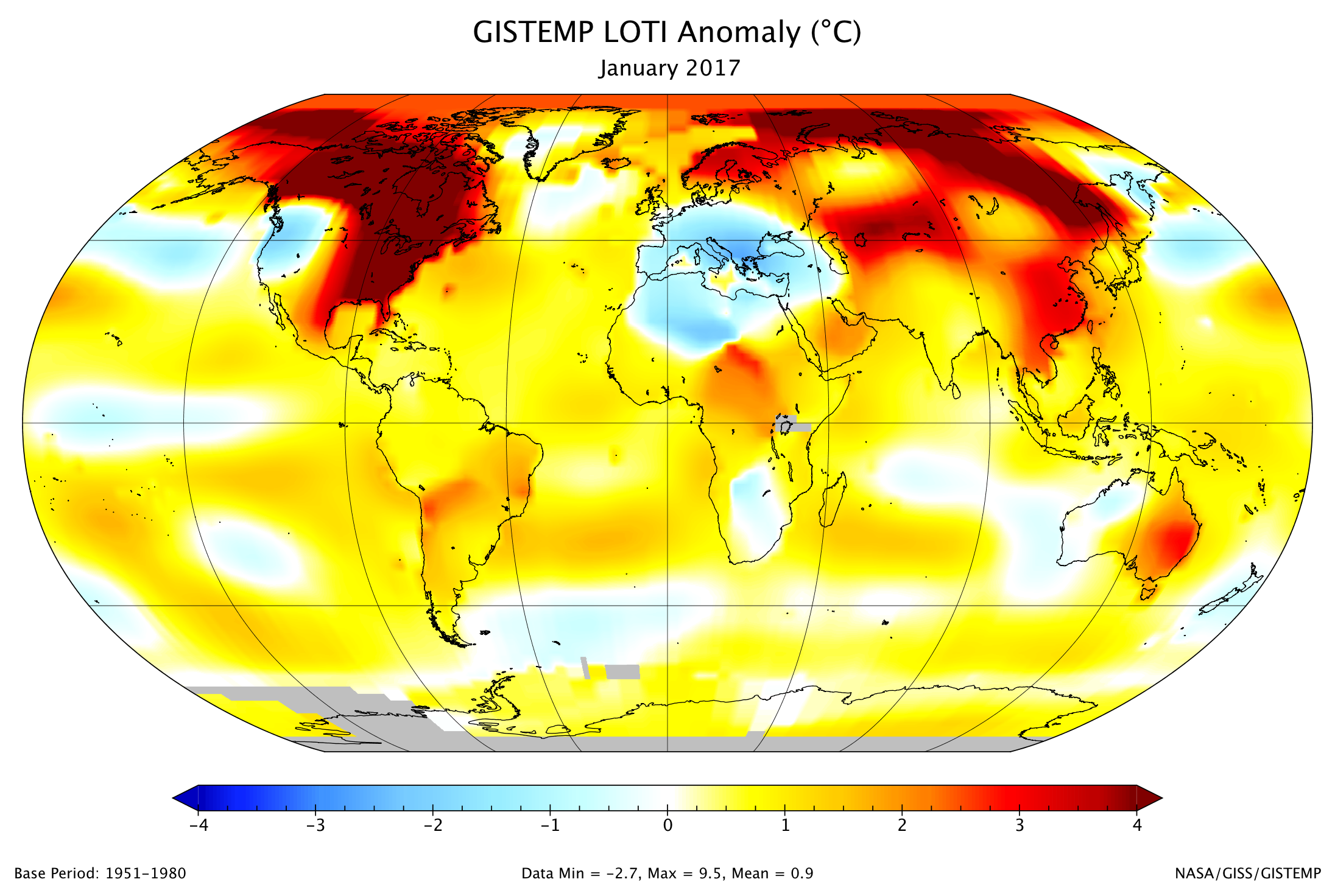 According to NOAA and NASA, January was the third hottest month in the world for 137 years. It was also marked by extreme heat events in part of North America as well as record ice levels on both sides of the planet.

While a powerful El Niño has passed, global heat continues to be a lasting phenomenon largely due to carbon pollution. After January 2007 and 2016, January 2017 was the third hottest January on record, according to data released this week by both NASA and the National Oceanic and Atmospheric Administration (NOAA). .

NOAA recorded an average 0.88°C higher than the 20th century average, while NASA calculated a difference of 0.95°C. The two agencies therefore record uneven results because they use different baselines and different techniques to measure the Earth’s temperature. 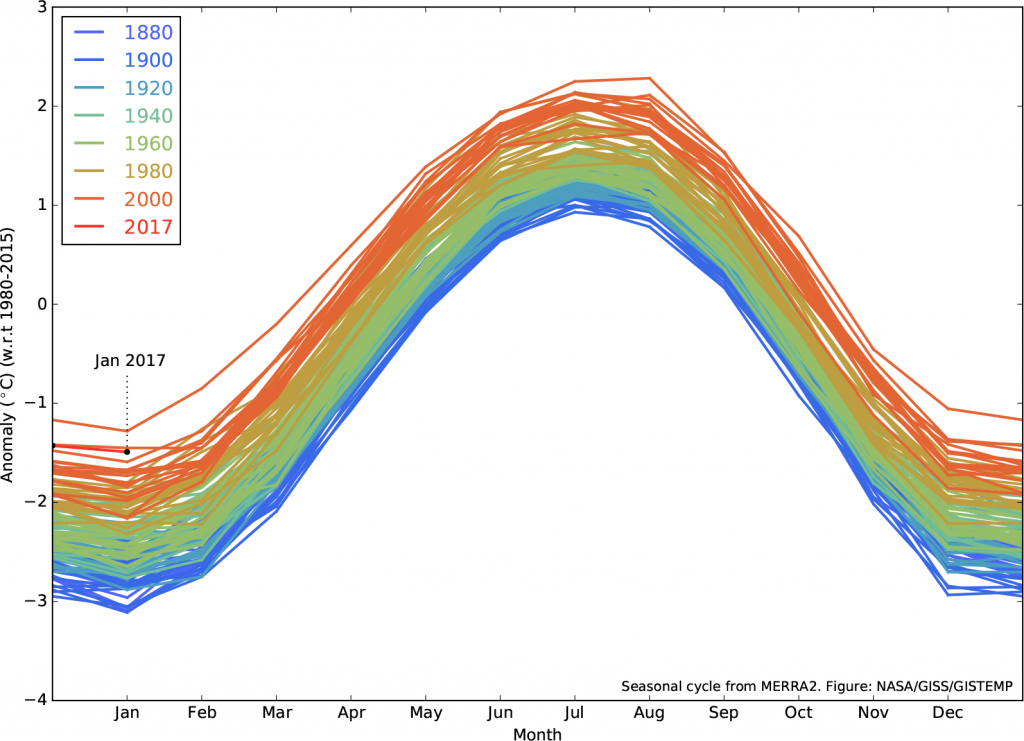 One of the highlights of this month of January is that the two agencies have observed the concentration of heat in the North, particularly in the Arctic and eastern North America (including Quebec and Ontario), as well as in Siberia with temperatures 12°C above average in some regions.

This persistent heat has notably contributed to record minimum ice expansion records. In the Arctic, ice expansion was 8.6% below the average from 1981 to 2010, which turns out to be the smallest expansion since data were compiled by satellite (1979). This expansion should set a new minimum record for the year, for the third year in a row. The disappearance of Arctic sea ice is one of the clearest indicators of how climate change is altering natural systems around the world.