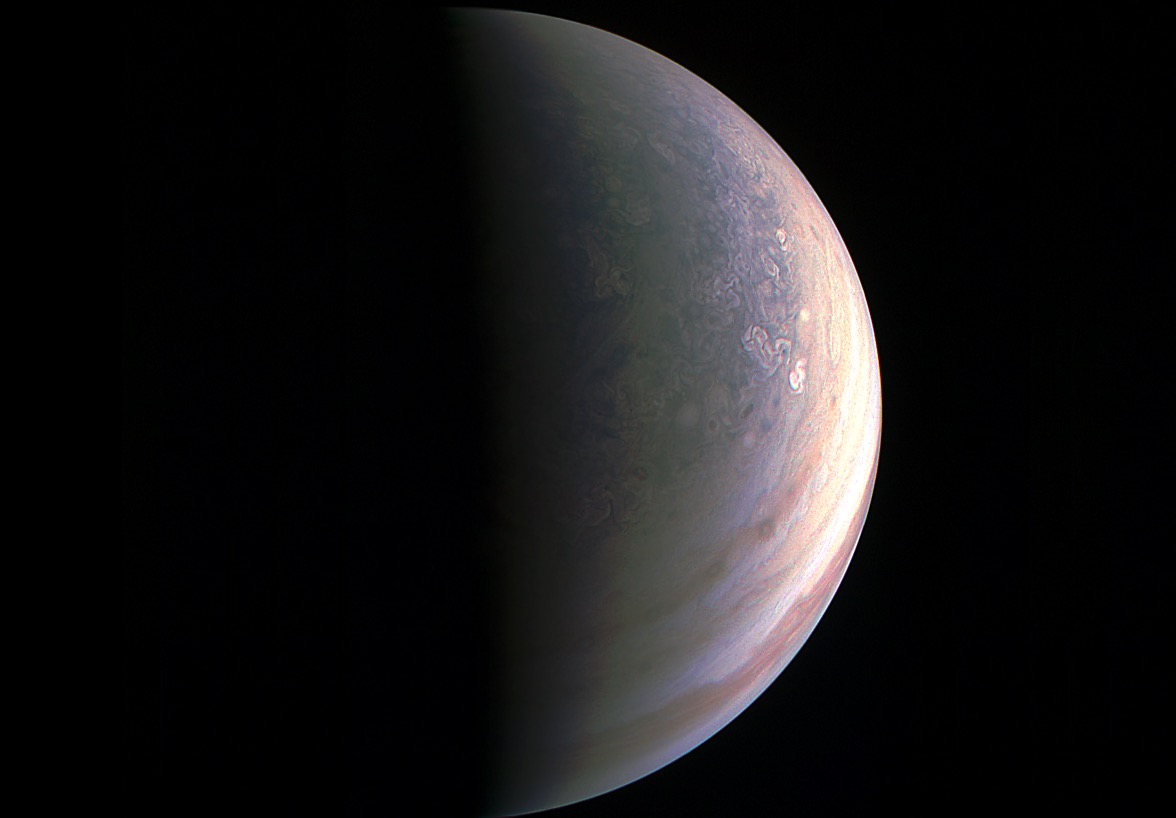 Five years after leaving Earth in the direction of the gas giant Jupiter, NASA’s Juno probe passed closest to the planet at the end of last August. The American space agency recently published new images of this passage, unpublished photos and videos.

On August 27, 2016, the Juno probe, a 3.6-ton spacecraft, passed as close as possible to Jupiter, in an orbit located only 4,200 km above the upper atmosphere of the gas giant. It was the first of her 36 short-range flybys of the planet, which she will study until early 2018 before diving forever into its atmosphere. A first image was then offered to us, but today, NASA completes this with new shots of much better quality.

These images are to the credit of the JunoCam, one of the nine instruments on board Juno, but also of the Jovian Infrared Auroral Mapper (JIRAM), provided by the Italian space agency, and which made it possible to obtain images of the poles of Jupiter in infrared.  » We were mostly surprised to see the Aurora Borealis at the Jovian South Pole for the first time.“, says Alberto Adriani, of the Istituto di Astrofisica e Planetologia Spaziali in Rome. No other instrument on Earth or in space had made it possible to observe them before.

Scientists from the Juno mission tell how these images obtained closer to the largest planet in the Solar System offer a new vision of Jupiter.  » The first shots of Jupiter’s North Pole appear to us to be completely different from what we have seen or imagined before explained Scott Bolton, of the Southwest Research Institute in San Antonio, Texas, principal scientist of the Juno mission.  » The colors are bluer than in other parts of the planet and there are many storms and no sign of the bands of different colors that we are used to seeing around Jupiter. It is very difficult to recognize Jupiter in these pictures he continues.

The sounds captured around Jupiter could also be recorded by one of the instruments onboard Juno, a first since their discovery in 1950. Jupiter speaks to us in a way that only gas giant planets can said Bill Kurth of the University of Iowa, one of the mission scientists.