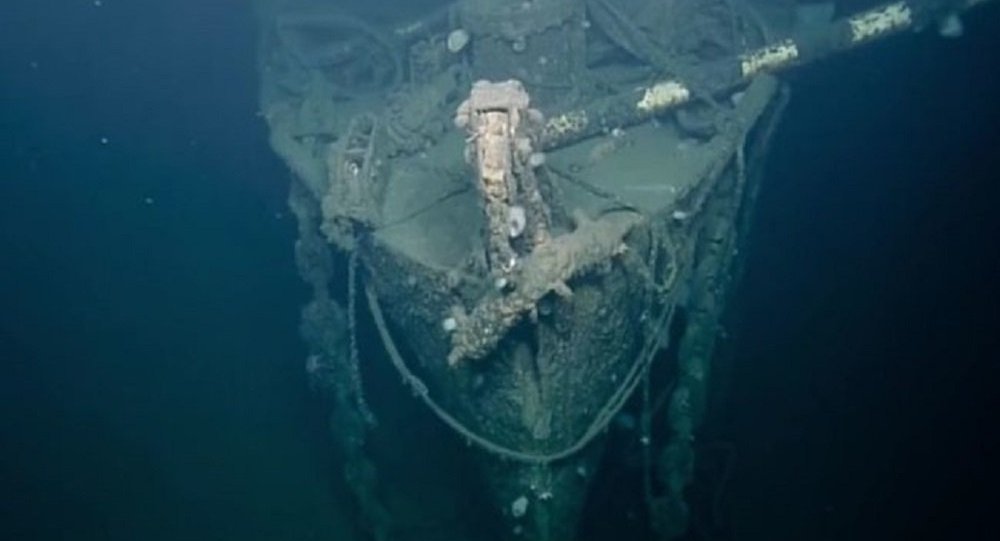 It is more than 800 meters deep, off the bay of San Francisco in California, that lies for more than 60 years the wreck of the USS Independence, this American aircraft carrier which served during the Second World War. World. Immersion as close as possible to this wreck, which is still in superb condition.

During the Second World War, the American armed forces could count on the USS Independence, an American aircraft carrier commissioned in January 1943 and which served in the Pacific theater. The one that lies today more than 800 meters deep off San Francisco Bay took part in the American offensives against Japan and notably contributed to the destruction of the Japanese battleship Musashi, the most powerful warship ever built. .

Recently, this American vessel, which today lies more than 800 meters deep off the coast of San Francisco, was explored by a bathyscaphe, an underwater deep-sea exploration device, which brings us 17-minute long images as close as possible to this wreck which has crossed the decades in immersion. As can be seen, the USS Independence remains in excellent condition, even aircraft, the F6F-5N Hellcat fighters, are well preserved in its hangars.

» After 64 years at the bottom, the USS Independence seems ready to send its planes into the sky“, said James Delgado, the leader of the expedition. Because if it is today at the bottom of the water, it is by choice. Indeed, once his service ended, he first served for six months to bring American soldiers back to the United States, then, in 1946, he joined the flotilla of 90 ships destined to undergo nuclear tests carried out on the Bikini Atoll. After two atomic bomb tests with a power of 23 kilotons each, the USS Independence remained afloat, but its level of radioactivity prompted the authorities to sink it in 1951.