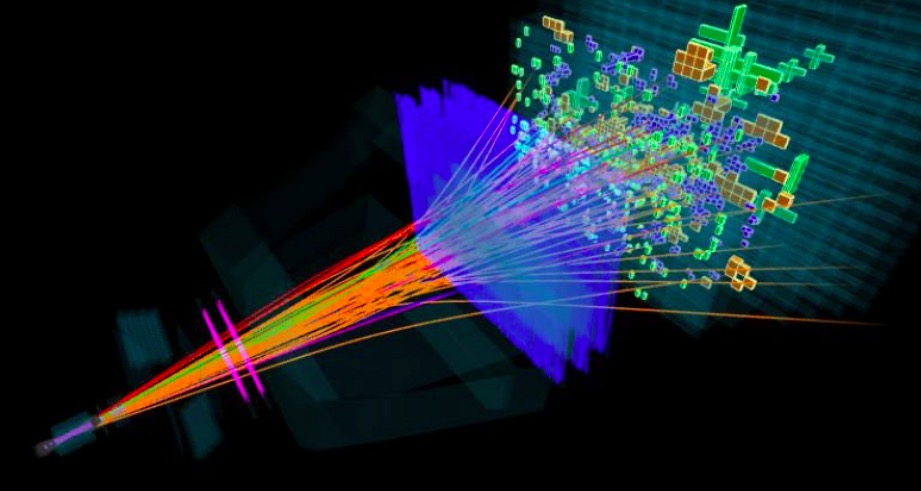 CERN physicists announce the discovery of new particles, five omega baryons, predicted by the Standard Model. The discovery of a new state is a feat in itself, but five at the same time is unheard of.

The Large Hadron Collider (LHC) is the largest and most powerful particle accelerator in the world. This 27 kilometer ring located under the Franco-Swiss border is dotted with superconducting magnets associated with accelerating structures that increase the energy of the particles propelled into it. In this accelerator, two beams of high-energy particles travel at close to the speed of light before colliding. The beams move in opposite directions, thus making it possible to analyze after collision the basic constituents of matter, the fundamental particles of the standard model.

Achieving a collision between such tiny particles requires exceptional precision comparable to that which it would take to collide two needles launched 10 km away. At the LHC, everyone is on board: more than 10,000 scientists and engineers are currently working together in turns to learn more about the fundamental properties of physics thanks to this formidable tool that is the LHC. To date, these men and women have reported some impressive discoveries. The LHC team is notably responsible for the discovery of the Higgs boson and a host of new particles. Only a few months ago, the collaboration also announced the measurement of a very rare disintegration of a particle, then traces of a new manifestation of the asymmetry between matter and antimatter. A few days ago, they announced that they had discovered five more particles in a single precision shot.

Five particles in one go! @LHCbExperiment observed an exceptionally large group of particles in a single analysis: https://t.co/R0EVqZIAhJ pic.twitter.com/1TiFFJoCHh

These are baryons whose existence can be predicted from the standard model, more precisely from quantum chromodynamics and quark theory. Let us recall that the omega baryons formed of three quarks do not contain any of those which constitute the protons and the neutrons, namely the “u” and “d” quarks. CERN researchers named these baryons Ωc(3000)0, Ωc(3050)0, Ωc(3066)0, Ωc(3090)0 and Ωc(3119)0. The numbers in parentheses here give us the respective masses of the particles in megaelectronvolts (MeV). This is therefore excellent news for physics that could help us better understand the content of the equations of quantum chromodynamics.

The CERN site says the next step will be to determine the quantum numbers of these new particles and establish their theoretical significance. This discovery will help us to understand how the three quarks that make up a baryon are bound together, as well as to test the correlation between quarks, a key element for the description of multi-quark states like tetraquarks or pentaquarks.