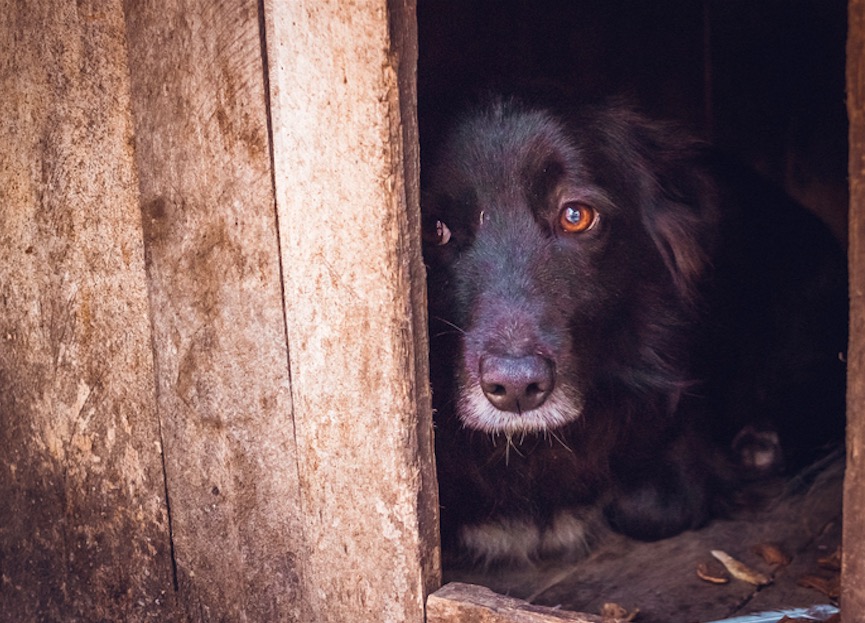 Similar to human hair, dog hair can turn gray if they go through particularly stressful times, as a recent study suggests. This is a phenomenon that particularly affects the hairs of their muzzle.

Young dogs labeled as anxious and impulsive by their owners are more likely to develop gray muzzle hair prematurely than dogs that are not particularly anxious.  » Based on my years of experience observing and working with dogs, I have always suspected that dogs with high levels of anxiety and impulsivity develop greyish muzzles. “Said in a press release Camille King, lead author of the study, animal behavior expert and doctoral student at the University of Northern Illinois, in the United States.

This study was conducted through kennels, veterinary clinics and other locations in Colorado where owners of more than 400 dogs answered a questionnaire containing 42 questions about the behavior, age and health of their dogs. Two snapshots of each dog were taken for the rest of the study. Light-colored dogs were then excluded, as the gray color was difficult to discern, as well as dogs over 4 years old, as aging could be a natural cause of the appearance of gray hair.

To measure dog anxiety, there were questions asking whether the dog destroyed things when left alone, lost hair during veterinary examinations or when taken to unfamiliar places, or curled up. in the presence of several unknown people.

To measure the dogs’ impulsivity, the researchers wanted to know if the dogs jumped up on people, if they could be easily calmed down, if they lost concentration or if they were hyperactive after exercise. Then, independent evaluators who had never seen the dogs in question before had to rate each dog photo on a scale of 0 to 3 (0 indicating no gray hair on the muzzle and 3 indicating a completely gray muzzle).

It was concluded from this experiment that anxious dogs, especially those who are afraid of loud noises and other animals, have a strong tendency to have their muzzle hair turn gray prematurely. A trend that affects more females than males. On the other hand, this grayness has nothing to do with the size of the dog, with the fact that it has been neutered or sterilized or with any other medical history.

» At first, I was a bit skeptical. However, when we analyzed and compared the data, the results were striking says Thomas Smith, co-author of the study.

In the journal Applied Animal Behavior Science, the researchers write that these findings may have practical applications. If people who work with dogs notice young dogs’ muzzles turning gray, they can alert owners to possible issues with anxiety, impulsivity, or fear. They can then participate in behavior modification programs.