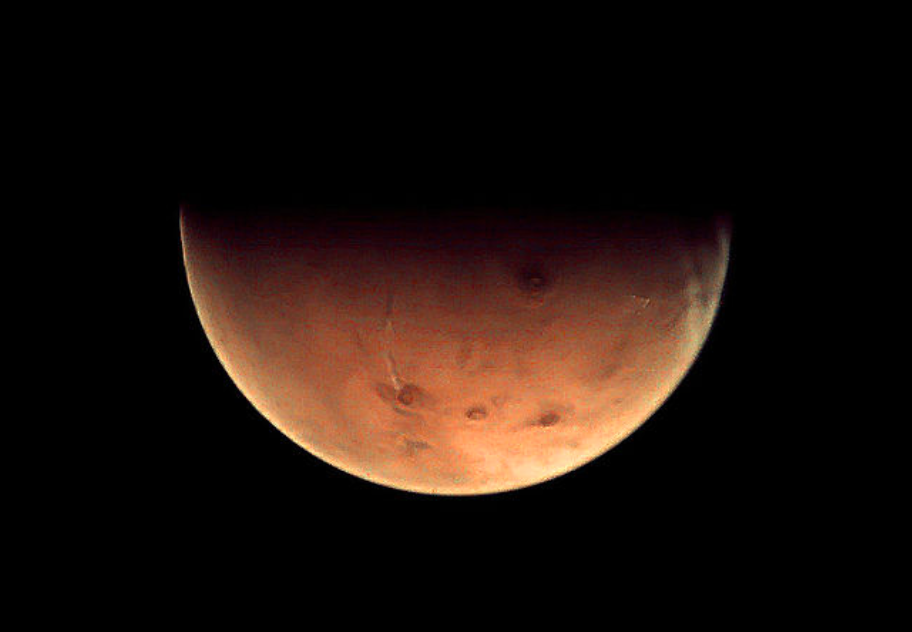 Thirteen years after its launch, the small camera installed on the Mars Express probe is experiencing a second life. Its images will now be used by scientists to study the red planet.

Mars Express is the space probe of the European Space Agency which was launched on June 2, 2003 to study the red planet. The first mission to explore another planet in the solar system launched by the European Agency, the probe was then equipped with a simple low-resolution camera to provide visual confirmation that its Beagle 2 lander had indeed been separated. Once the job was done, the camera was turned off.

But in 2007, European Space Agency flight controllers came up with the idea of ​​turning it back on to see if it could be used for educational and popular science purposes, without interfering with routine operations and early scientific investigations. of the mission. Despite its low resolution (640 x 480 pixels), the machine will have allowed the capture of sublime crescents of Mars; a maneuver impossible from Earth. Its wide field of view also provides global images of the planet. A godsend for professional or amateur astronomers. Now, after nearly a decade of service raising awareness, the European Space Agency wants to use the VMC camera for professional purposes. A well-deserved second youth.

For two years (or more), the teams will develop software and conduct research in different areas of study of Mars. The « webcam » will be used as a context camera for the other instruments of the probe, but also for those on board other probes currently in orbit around Mars. As for the photos, they will be used for the study of the Martian atmosphere, its structure and the cloud cover that runs through it. They will also be used to monitor variations in the polar ice caps and to monitor dust storms.

The camera footage will continue to be made available to the public, online, as it always has been.