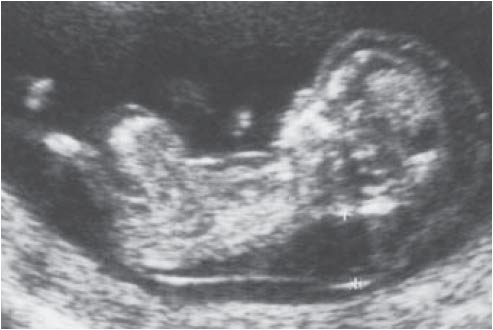 Expectant mothers will soon be able to get a clear, 360° look at the growing fetus in their womb through a simple virtual reality headset. According to a team of researchers from Brazil, this technology could even be available in just one year.

Even if 3D imaging of fetuses is already available, the images obtained are still static and relatively blurred. Thanks to a new technique involving virtual reality, images of fetuses could become much clearer and viewable at 360°. For researchers, this technique represents a next step that could not only allow the parents to visualize their future children, but also help researchers better understand the anatomy of the fetus.

In their research, the scientists used this technique to visualize and make 3D models of 25 fetuses. This didn’t work for just two of them, as the amniotic fluid levels were too low to get a high enough resolution image as Dr Heron Werner Jr said during the annual meeting of the Radiological Society of North Americarelayed by Live Science.

This new technique initially involves producing 3D models of a fetus using MRI (magnetic resonance imaging) and ultrasound techniques or a combination of both. Then, the images obtained are assembled to make the 3D model of the fetus. For their research, the researchers used the Oculus Rift 2 virtual reality headset. The women who tested this technique were amazed and had the impression of walking alongside their child while also having perfect listening to the beats. from his heart.

It is a technique which could bring a big plus on the side of the doctors concerning theevaluation of health and development of a foetus, since it allows to have a global vision of all the internal and external characteristics of the latter. For example, a doctor could zoom in on the full length of a fetus’ airway to find any masses that might be blocking it and thus better determine delivery options.