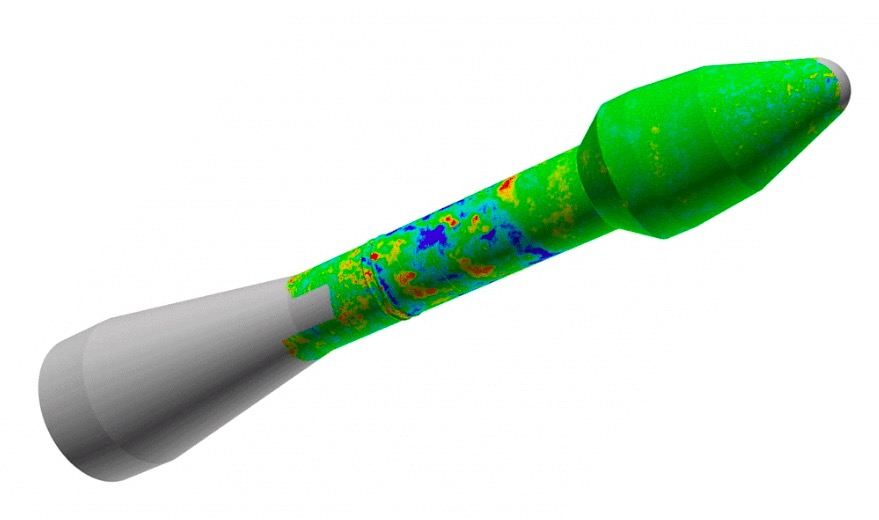 Launching rockets into space costs a lot of money. Scientists then do everything to try to minimize the risks that could lead to the loss of this expensive equipment. Many tests are carried out and the weak points of the devices are scrutinized, always with a view to improvement. Recently, NASA unveiled the creation of a new pressure-sensitive paint!

“Planes like spaceships have to be designed to withstand many dynamic forces or they end up in pieces. The pressure data is here visualized with colors (red: pressure higher than average, blue: lower than average) and represents the moments before the rocket reaches supersonic speeds”, explain NASA scientists in a January 25, 2017 publication.

Sure, the paint covering the rockets is the least of the worries for the average hobbyist, but in reality, this invention is of crucial importance. Indeed, it is a question of precisely identifying the parts of the rocket undergoing an unacceptable pressure when the latter reaches supersonic speed. That “unstable pressure-sensitive paint” is therefore sensitive to oxygen in order to produce light.

Thus, the areas of the rocket under high pressure appear in bright red, while the spared areas appear in blue. Easily identifiable, the vulnerable zones are then studied more closely by the engineers who try to improve them. These actions act as prevention in order to reduce as much as possible the risks of explosion of the rockets on the day of the launch.

Make no mistake, NASA will not send pink rockets into space! This paint is applied to models on the same scale which are then placed in a wind tunnel reproducing the atmospheric pressure conditions that a rocket must usually undergo.

In the past, NASA had tested such a paint, but it proved to be of very little use. Indeed, the painting in question could only allow the observation of medium pressures over too wide a time interval.