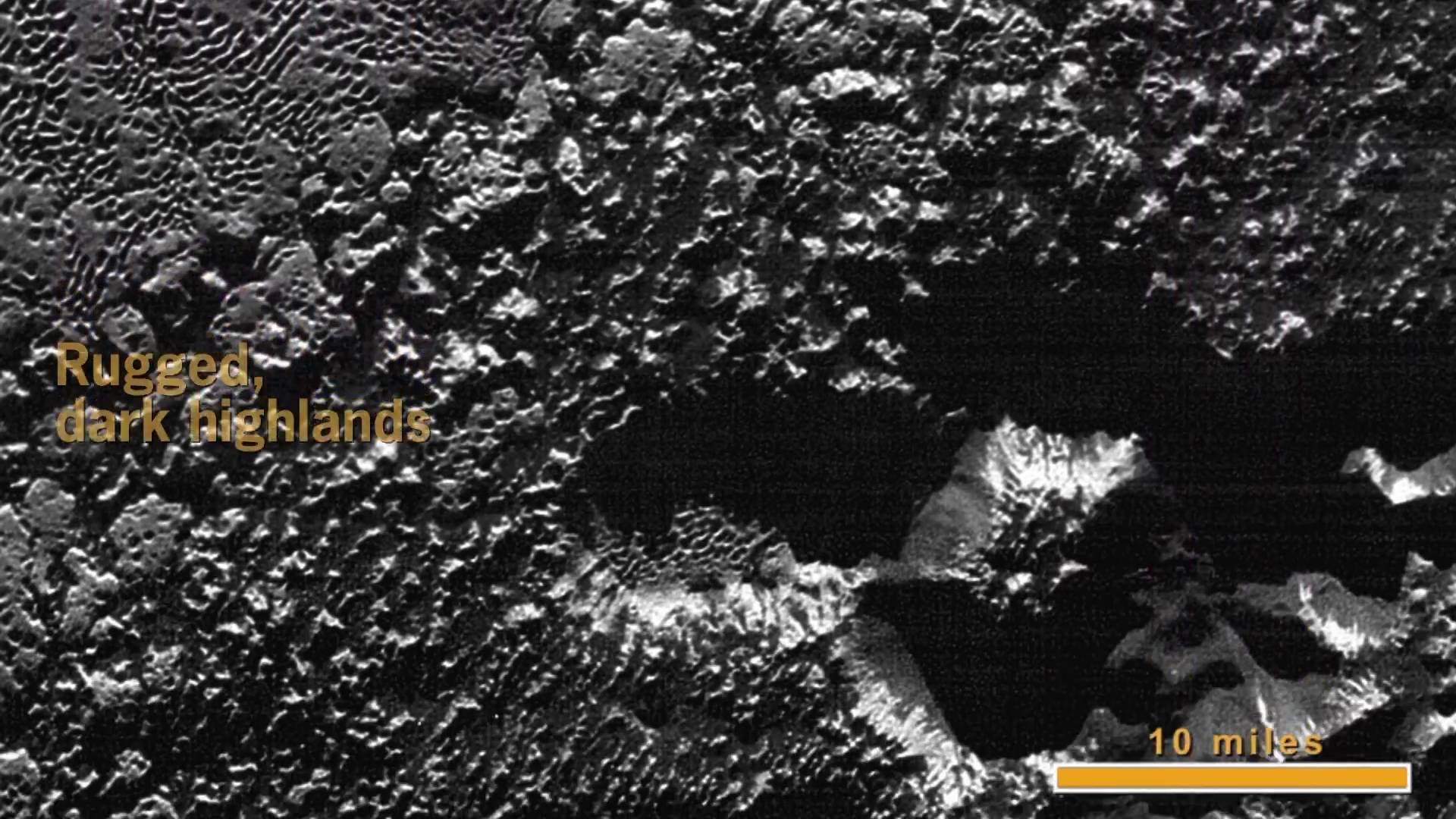 The American space agency (Nasa) offers us new images in high definition, closer to the surface of the dwarf planet Pluto. These were obtained by the New Horizons probe during its flyby of Pluto on July 14.

» The most detailed glimpse of the dwarf planet’s surface you’ll see for a long time“, this is how the American space agency defines the pictures of the surface of Pluto that it offers us to admire. In a video, NASA compiles some of the latest images transmitted by the New Horizons probe, captured during its flyby of the dwarf planet on July 14, 2015.

Taken in high resolution, from 77 to 85 meters per pixel, these pictures reveal the strip of land 80 km wide by 800 km long directly overflown by the probe over its entire length. Let’s take advantage, because there won’t be more detailed images of this area until a possible new mission heads towards this target. The probe, which is slowly but surely heading towards the Kuiper belt, continues to transfer all the images and data obtained during this flyby last July.

» These close-up images are just magnetic! It makes me want to come back with a new mission and get high resolution images of the entire surface of Pluto“, rejoices Alan Stern of the Southwest Research Institute and principal investigator on New Horizons. It’s about the  » best opportunity for scientists to examine the finer details of the different types of terrain on Pluto and determine the processes that formed them “Emphasizes NASA for its part. Indeed, hilly plateaus covered with craters, icy plains, nitrogen glaciers, black and rugged mountainous areas, it is the smallest parcel of Pluto that is revealed to us through these images.