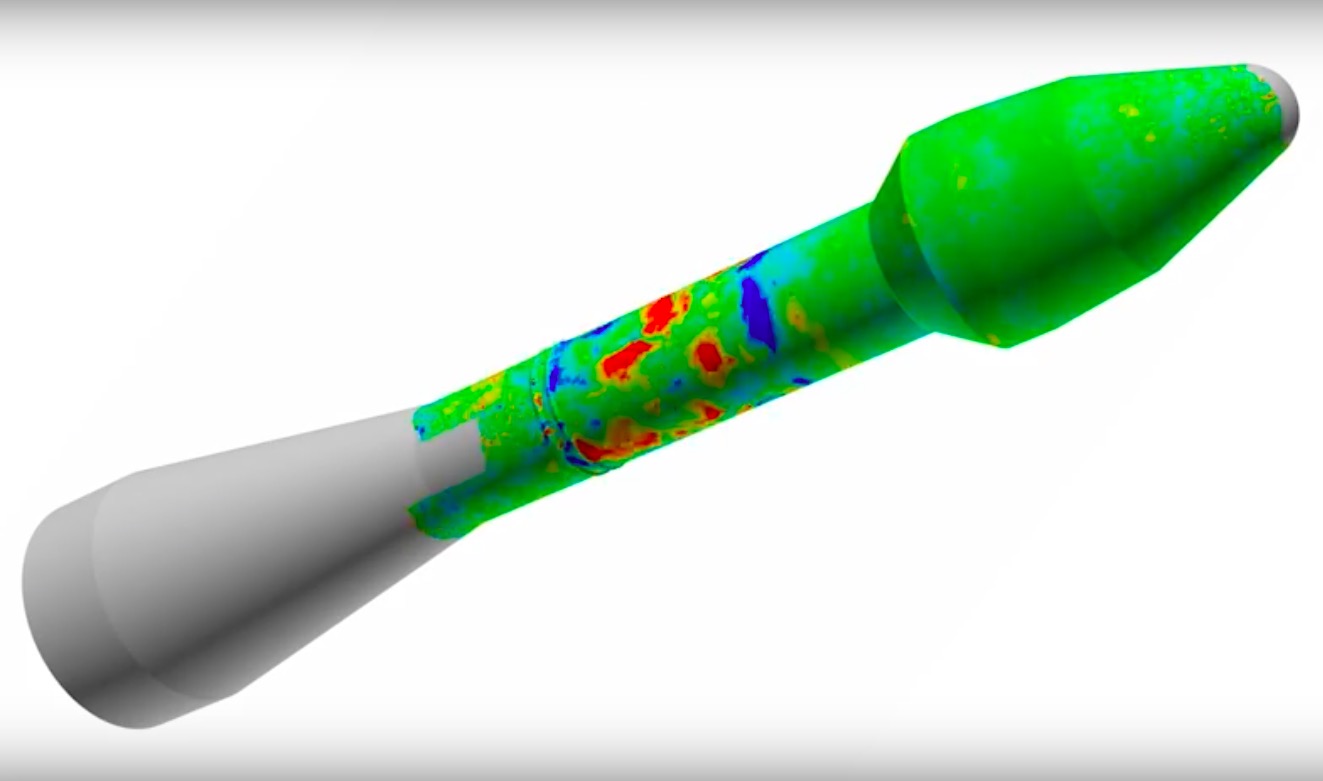 Research in the space domain concerns absolutely all the components that this implies, even the less obvious ones. The proof with this new paint developed by a NASA research center: a paint that informs about the pressure problems that a rocket may have to undergo.

If painting is not necessarily something obvious when one thinks of research and the poles of the spatial domain that must be improved, it nevertheless has a decisive role to play. at theAmes Research Center from NASA, scientists have just developed a brand new type of high-tech paint, capable of signaling and identifying which parts of a rocket are subject to unreasonable pressure at supersonic speeds.

Called  » unstable pressure-sensitive paint it reacts to oxygen to diffuse light. So when certain parts of a rocket are heavily stressed, they will appear bright red in simulations. These parts are then analyzed by the engineers who can then correct the problems to reduce the risk of the rocket exploding in real conditions. Indeed, this pink paint is not used in real conditions, but during simulations on scale models tested in a wind tunnel which reproduces the intense atmospheric pressures exerted on a spacecraft or an aircraft.

An old method involving another pressure-sensitive paint was previously used by NASA, but the results were limited, as it could only report average pressures over a wide time span. Here, this new painting makes it possible to observe pressure fluctuations in detail and in real time.

For the new tests, the prototype rocket is exposed to ultraviolet light using multiple high-speed cameras. When the data obtained is compiled, the areas that experience less pressure than the average appear in blue and the parts under high stress appear in red as can be seen in the video below.

» This test shows us that this methode is very robust and that we must use it systematically. There’s a lot we don’t understand about fuselage pressure variations. This painting will help us understand the problem, which sometimes causes crashes a few minutes after takeoff explains Jim Ross, in charge of the project.