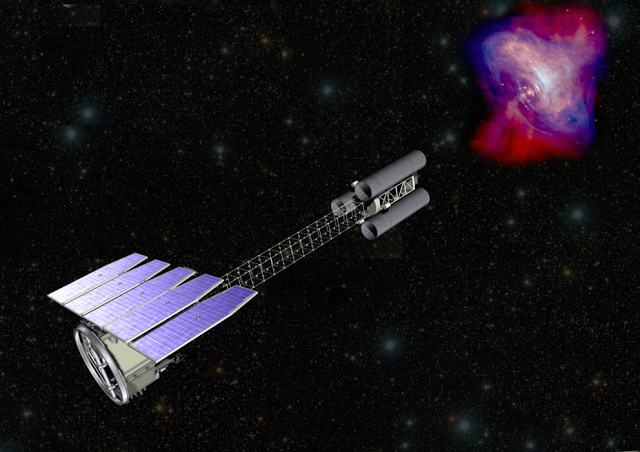 NASA will launch three new telescopes by 2020 to study and try to understand the physics of black holes and other space elements such as pulsars and quasars.

It’s done, after deliberation, NASA has finally chosen the Imaging X-Ray Explorer Polarimetry (IXPE) mission which will allow astronomers to explore in detail some of the most extreme astronomical objects such as stellar and supermassive black holes. , neutron stars and pulsars. NASA announced two days ago the launch of three new telescopes into space by 2020. The devices, equipped with ultra-sensitive cosmic-ray detectors, will attempt to precisely measure the polarization of cosmic rays from the most distant objects. strongest in the Universe. The mission will cost a total of $188 million, including launch, and will span several years.

These exotic objects have in common the fact of being extremely dense and of being able to heat the gas which surrounds them to temperatures of several million degrees. This heat then produces X-ray emissions. In the absence of images, the goal will therefore be to detect them: “ We are not able to photograph what is happening around these objects such as black holes or neutron stars, but by studying the polarization of the X-rays emitted by the surrounding areas, it is then possible for us to study the physics of these fascinating and enigmatic objects explains Paul Hertz, director of NASA’s astrophysics division.

The performance expected from IXPE in X-ray polarimetry should in particular make it possible to determine which is the right theoretical model for pulsars by observing the most famous of them, the Crab pulsar” explains the website ça-se-passe-là -high. “It will be able to provide a polarization map of its jets. The researchers in charge of the project led by Martin Weisskopf, from the Marshall Space Flight Center, have already identified several hundred objects that could be observed in X-ray polarimetry by IXPE: black holes and pulsars, galactic and extragalactic hidden in active galaxy nuclei, supernova remnants or other pulsar wind nebulae. A little more patience, the most extreme objects in the Universe will soon hold no more secrets for us”.