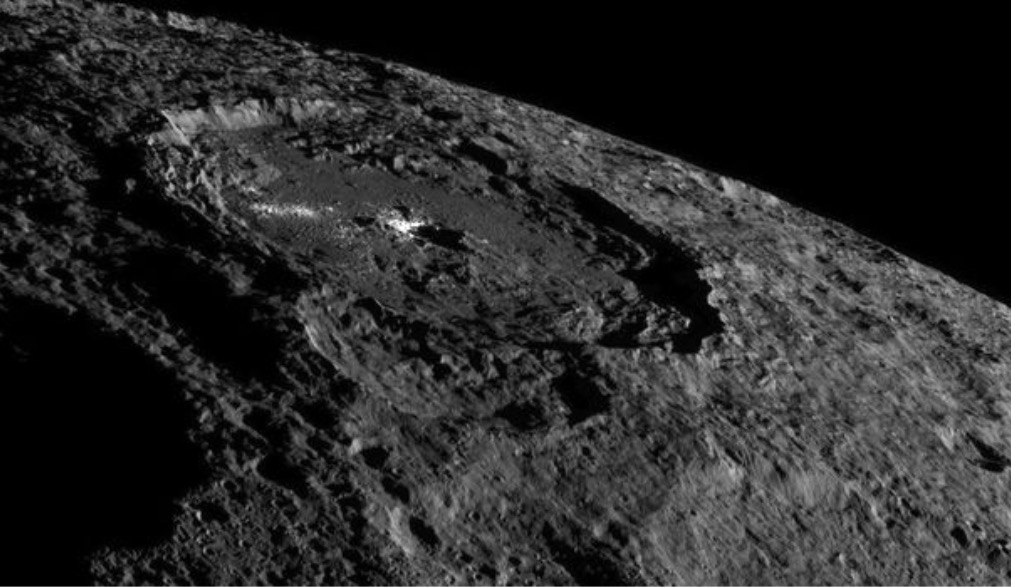 Dawn, the NASA probe, is still orbiting the dwarf planet Ceres, so intriguing in particular because of the mysterious very luminous points that some of its craters display. NASA offers us a whole new collection of images closer to the dwarf planet, and it is superb.

We have devoted many articles to the dwarf planet Ceres during the year 2015 as the NASA Dawn probe approached it. This probe still orbits the dwarf planet and was recently able to take advantage of a unique angle to capture very clear images of Ceres like those taken in the now famous Occator crater.

It is in the center of this crater 92 km wide and 4 km deep that we find these famous extremely luminous points. For astronomers, this material would in fact be composed of salts left by a brackish liquid which flows from below, freezes, then sublimates, that is to say, it is directly transformed from ice to vapor. This rise to the surface of the salty liquid would be due to an asteroid impact.

During its fifth orbit around Ceres, the Dawn probe was able to fly over the dwarf planet at only 1,480 km altitude with an angle where the position of the sun was different from that of previous orbits. Last October, the probe was able to continue to take many pictures of Ceres from its orbit. You can also admire them in this gallery offered by NASA’s JPL (Jet Propulsion Laboratory).

Now, the Dawn probe will enter its sixth orbit of the dwarf Ceres, this time at a higher altitude than during the last one (more than 7200 km) with the main objective of refining the measurements collected on the surface. during the fifth orbit.