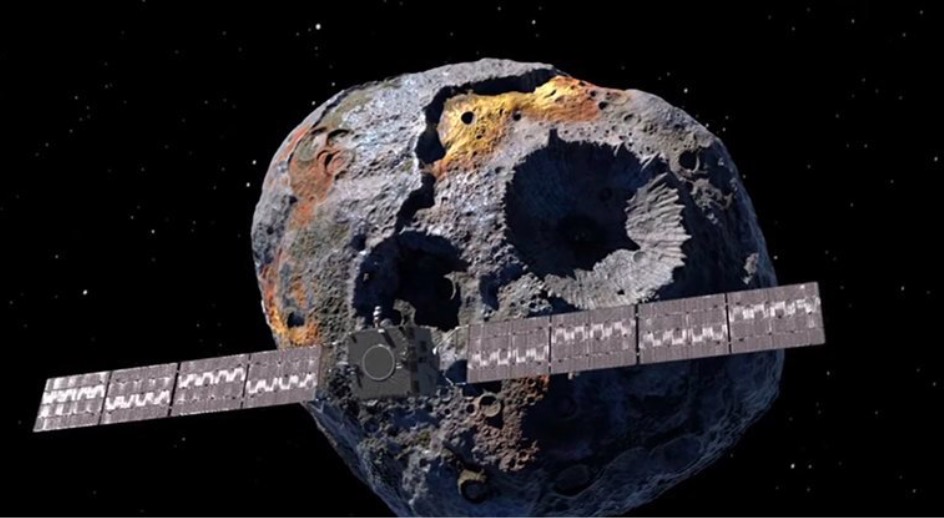 With the Psyche mission, NASA will send a probe to a curious metallic asteroid, perhaps the remnant of a vanished rocky planet’s core. What better to understand the origins of the System.

Asteroid 16 Psyche which sits in the asteroid belt between Mars and Jupiter is unlike anything else in our solar system, but the large stone could tell us more about the first protoplanets that formed around the Sun 4.5 billion years ago. The mission proposed in 2015 by a team of researchers from Arizona State University led by planetary scientist Lindy Elkins-Tanton has just obtained the green light from NASA. The probe could be sent by 2023. Of course, the road is long and Psyche will not arrive at its destination until 2030. From there, the probe will spend 20 months in orbit around the asteroid to study its chemical composition. , its gravitational force and the strength of its magnetic field.

With a diameter of around 213 kilometers and located on the outer edge of the belt, the asteroid is obviously made up mainly of metals, the latter reflecting radar waves particularly well and its density seems high. If we rely on metallic meteorites found on Earth, 16— Psyche could be the remnant of the core of a small differentiated celestial body composed of an alloy of iron and nickel similar to the Earth’s core. Scientists also believe that 16 Psyche could once have been a small planet the size of Mars. The rocky mantle that surrounded it would then have been torn off during a violent collision with another planet. The asteroid, which could have appeared only ten million years after the birth of the Sun, could also hold key clues to how planets formed and then evolved 4.5 billion years ago. years.

Psyche will thus give researchers the opportunity to explore a new type of world – made up not of rock or ice, but of metal. It should also allow us to refine our ideas on the exploitation of metallic resources in asteroids, but also to learn more about our own Earth core. note that Psyche is not the only NASA mission that has just been approved under its new program Discovery. For example, the mission Lucy planned for 2021 will leave in the direction of the small celestial bodies trapped at the Lagrange points L4 and L5 of Jupiter and should also shed light on the origin of the planets.