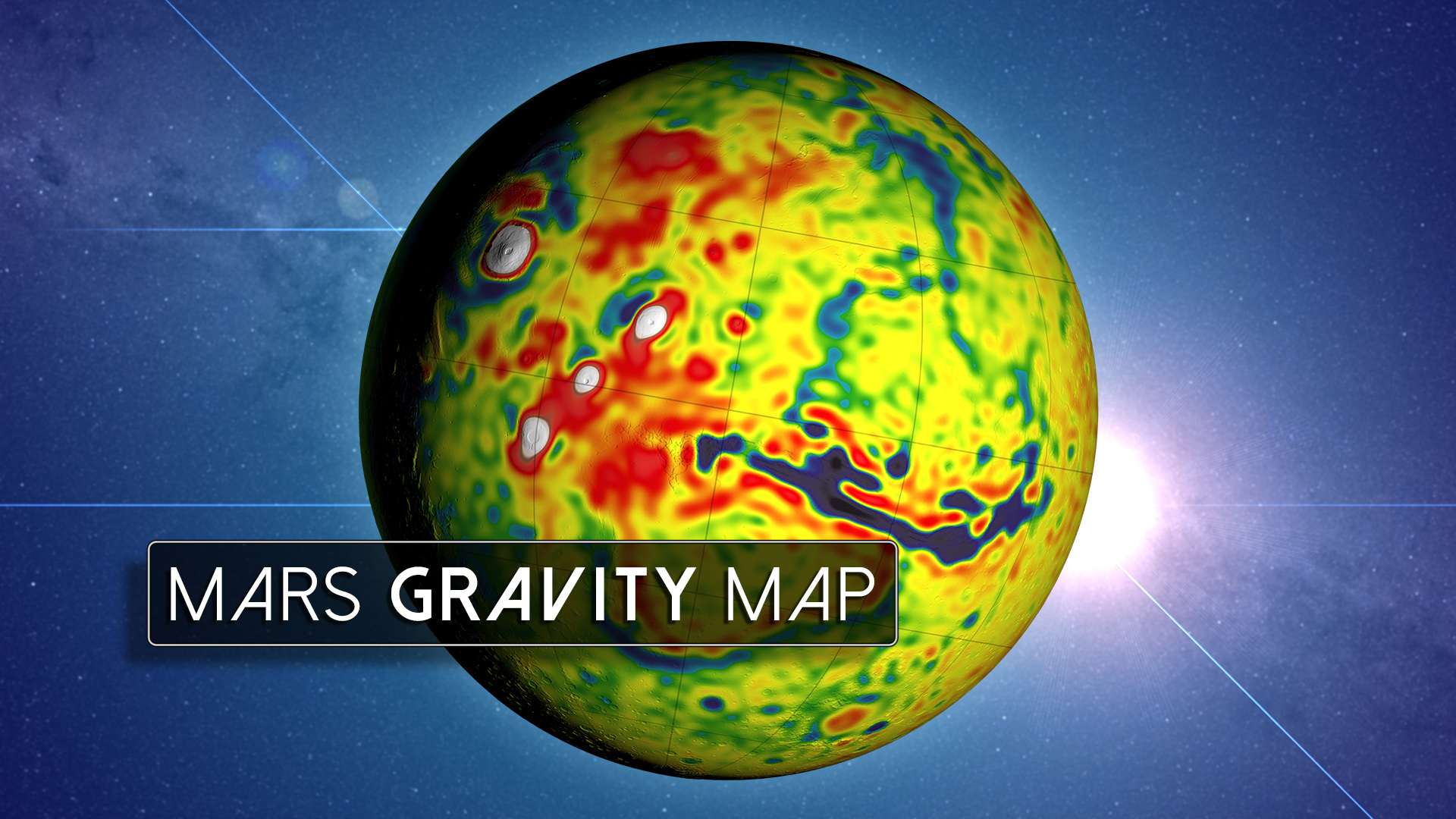 It is a new gravity map, a representation of the variations of the gravity field of the planet Mars which was produced from sixteen years of data collected by three NASA satellites in orbit around the red planet.

» The gravity maps allow us to see inside a planet much like a doctor uses x-rays to look inside a patient “, explains Antonio Genova, of the Massachusetts Institute of Technology (MIT).  » With this new map of Mars we will have a better knowledge of gravitational anomalies, which will allow us to better control the insertions into orbit of future exploration vessels. he adds.

To develop this map, which is called a gravity map, sixteen years of data collected by three NASA satellites in orbit around Mars were analyzed and modeled: Mars Global Surveyor, Mars Odyssey and Mars Reconnaissance Orbiter.  » We are now able to detect gravitational anomalies of less than 100 km says Antonio Genova, from MIT and affiliated with the Goddard Space Center.

This map allows us to see that if the gravitational field is mainly affected by the surface reliefs, it is also affected by what takes place under the Martian crust, inside Mars. Thanks to this map, scientists were able to improve their estimate of the thickness of the Red Planet’s crust as well as confirm that Mars’ outer core is liquid and made of molten rock.